In the rural area of Jumunjin, Jini (Hwang Bo-ra) runs a mountainside lodge that is about to close down because of rumors that it is haunted by ghostly spirits. One day, Jini has an encounter with a ghost (Kim Ki-beom), who can’t leave because he is waiting for the lover who left him. She is curious and as they get to know one another, she inevitably begins to fall for him.

She tries to help him get over his first love, but the closer she gets to helping him the further the ghost pushes her away. This is the second time Kim, a member of the band Super Junior, and Hwang have appeared together. The first was on the popular Korean sitcom “Rainbow Romance.” 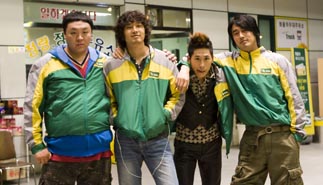 The sequel to the 1999 box office hit starts when the gas-station owner, Mr. Park (Park Young-kyoo), hires four youngsters to ward off motorcycle gang attacks. One Punch (Ji Hyeon-woo) is a former kimchi factory heir, High Kick (Jo Han-seon) was once a football player with the perfect high kick, Body Twist (Moon Won-joo) is a wrestler who loves women and Yaburi (Jeong Jae-hoon) is a video game addict.

Things start to backfire for Park when the group gets sick of his late payments and tyrannical ways and band together with another group of teens. Park is held hostage while they begin to attract all sorts of drivers from all over town with their brilliant scheme.

The film follows the lives of six couples between Christmas and Valentine’s Day, when relationships begin with passionate love and end in bitter breakups or friendship. Brizzi incorporates a perfect balance of witty social commentary, amusing dialogue and laugh-out-loud situations, while letting moviegoers meditate on how the many different aspects of romance can affect everyone’s lives.

This film takes a look at a failed romance, flashing back to different days within the 500-day span of one couple’s relationship. Tom Hansen (Joseph Gordon-Levitt) is a writer at a greeting card company in Los Angeles. When the new administrative assistant, Summer Finn (Zooey Deschanel), walks in it’s love at first sight for Tom. Summer, however, does not believe in true love or relationships. Still, the two grow closer and by day 67 are officially an item.

Like most couples, they have their trials and tribulations and ultimately Summer decides to end the relationship. And while Tom has his friends and family to console him, in the end it is he who must decide what to do about the situation. 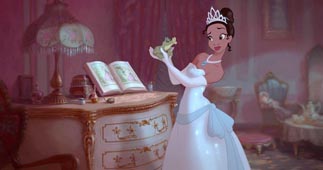 The Princess and the Frog (G)

This animated film is a modern day re-make of the classic E.D. Baker story, “The Frog Prince,” which was in turn, inspired by the Grimm Brothers’ fairy tale, “The Frog Princess.” Prince Naveen (Bruno Campos) is arrogant and does whatever he pleases. One day he meets a hard-working waitress, Tiana (Anika Noni Rose), who dreams about owning her own restaurant.

The prince has another encounter with an evil voodoo magician and is transformed into a frog. Tiana also turns into a frog after she kisses the amphibian prince. Together, they must find a way to break the spell and make their dreams come true, and they enlist the help of a trumpet-playing alligator, a Cajun butterfly and a blind lady who lives in a boat in a tree.

In 1905 in Hong Kong, democratic activist Chen Xiao-Bai (Tony Leung) finds out that his friend and activist Sun Yat-Sen (Zhang Hanyu) is going to Hong Kong to meet with other revolutionaries to discuss his plans for overthrowing the corrupt Qing Dynasty government. Upon hearing the news, the Qing court sends out an assassin, Xiao Guo (Hu Jun), to kill Sun. Chen arrives in Hong Kong a few days earlier before Sun to meet businessman Li Yu-Tang to handle some financial matters and Xiao Guo and his gang kill a group of veteran soldiers and kidnap Chen. Li officially decides to support the revolutionaries and activists after the British authorities close a news agency and rally a group of men to serve as bodyguards to protect Sun Wen from the assassins.


*These synopses were culled from http://www.imdb.com and http://movie.naver.com.