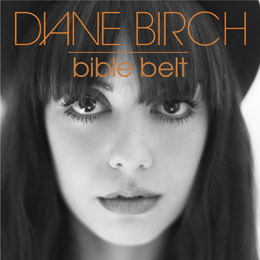 Diane Birch follows in a long line of singer-songwriters that includes Carole King and Linda Ronstadt followed by Norah Jones and Cat Power, who would come later. Her album, released in 2009, was produced by Grammy Award winners Steve Greenberg and Betty Wright, one of the first ladies of soul.

That’s some pretty formidable company, but Birch has her own story to tell and a sound to match. She spent her childhood as a preacher’s daughter, an experience she has said had a big influence on her music. It shows.

Her music resonates with her bluesy piano playing, the slow pull of the horns in the background and just enough tambourine and hand clapping to pick you up and carry you away. Her slightly smoky voice is backed by a gospel chorus that almost had me running to church (almost).

The songs she sings speak of love, a twinge of regret and a little fire. Through it all, she retains her honesty and the clarity of her vision as a musician. An auspicious debut for what will hopefully be a long career. By Jenny Na