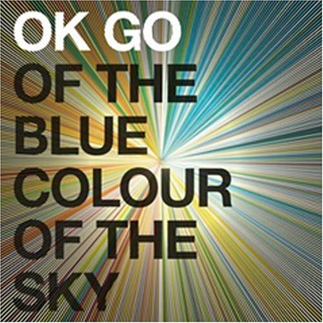 My knowledge of OK Go was limited to their catchy 2006 single “Here It Goes Again,” thanks to the treadmill-dancing in the song’s hit YouTube video.

Their new album “Of the Blue Colour of the Sky,” is not the upbeat pop expected and rather represents a group that is trying hard to keep their music eclectic and engaging.

Tries, not succeeds. Most of the tracks end up being kind of dull, bogged down by jejune lyrics and sounds that don’t make sense. Nobody seems concerned with having individual parts complement each other. The drummer is engaged in an endless solo. Many vocal tracks are so painful they sound like they’ve been run through Auto-Tune. Watch out for the song “Skyscrapers” - it’s several minutes of somebody poorly mimicking a screeching Prince from “When Doves Cry.”

There are a few songs I might revisit, like the groovy “White Knuckles” and the sweet acoustic ballad “Last Leaf.” But slogging through the tunes that lead into them is not something I’m keen on doing again. By Andrew Siddons

“Of the Blue Colour of the Sky”