A life, a body, a breakthrough

A life, a body, a breakthrough 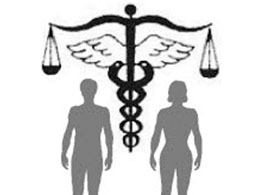 Some of the great discoveries of medical history that took place in the 18th century, such as the smallpox vaccine, advances in obstetrics and dental surgery, were made possible by the “educational material” supplied by corpse thieves.

A story reported by the BBC a few years ago, “The body snatchers’ legacy to medicine,” outlines how essential the cadavers these thieves stole were to medical training at the time.

Burke and Hare were one well-known body snatching duo who supplied bodies for medical research to a University of Edinburgh anatomy class. They were paid 7 pounds for each body. At first, they dug up newly buried corpses for the researchers.

But as surveillance around graveyards got tighter, they later committed murder to keep up with the demand for corpses. In one year, they killed 16 people in a row and sold their bodies to the anatomists.

They were eventually caught when a student recognized the cadaver of a prostitute. In a fitting ending, Burke was hanged and his body was handed over to the same anatomy class at the University of Edinburgh as a cadaver.

European interest in understanding how the body works through cadavers goes back centuries before Burke and Hare.

The first public dissection of a human body was carried out in 1315 by Mondino de Liuzzi, an Italian professor of surgery in Bologna.

Later, “On the Fabric of the Human Body” written by Andreas Vesalius, an anatomist at the University of Padua, provided the foundation for modern anatomy.

Leonardo da Vinci approached anatomy not as a medical science but as a form of art. He left 1750 anatomical charts of 30 different human bodies.

In Korea, an anatomical chart known as “Sinhyeongjangbudo” is included in “Donguibogam” or “The Principles and Practices of Eastern Medicine,” written by Heo Jun in the early 17th century.

The first modern anatomy class was held at Severance Medical School, the predecessor of Yonsei Medical Center, in 1910.

Today, scientists get human bodies to study through donations, rather than thieves. In many countries, donating one’s body to science is thought of as a noble contribution to the development of medicine.

In Korea, however, the influence of Confucianism means that donations are rare. Medical schools in the Seoul metropolitan area receive only 30 to 80 donated bodies every year.

But with videos circulating on the Internet of medical students disrespecting donated cadavers, it is no wonder that Koreans are reluctant to give their bodies to such a cause.

People who are in a profession that deals with human life should be more conscious of “the dignity of the human body” than anyone else.