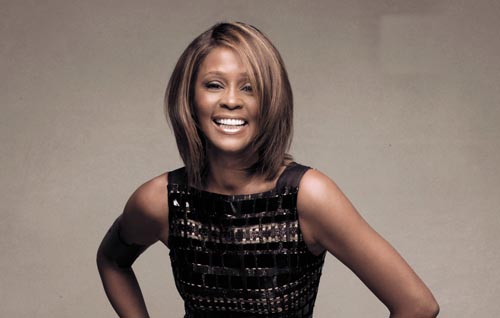 Today to Saturday: “Crossover Festival.” This festival celebrates the diverse range of music in Korea and will feature collaborations between musicians from different genres and styles.

The first performance of the festival will feature pianists Roh Young-sim and Park Jong-hoo, who will be playing crossover jazz numbers such as Dave Brubeck’s “Take Five” and everyone’s favorite, “Moon River.”

“Tango-Passion,” the festival’s second performance, will feature a blend of classical music and tango.

Korcia became one of the most prominent young violinists of our time after studying at the Conservatoire National Superieur de Musique de Paris and winning top prizes in various world-class competitions.

Best known for his classical interpretations of motion picture sound tracks, Korcia frequently collaborates with filmmakers in producing scores for their films.

This performance will consist of Korcia’s most popular renditions of famous film sound tracks such as “Breakfast at Tiffany’s,” “Modern Times,” “Scent of a Woman” and “Cinema Paradiso.”

Founded in 1993 by Park Sang-yeong, who is currently the acting artistic director, the Hwaum Chamber Orchestra consists of 16 talented musicians and maestro Lee Kyung-sun.

Tenor Choi Seung-won will join the orchestra for this concert, which will feature symphonies by Mozart, Britten and Grieg, as well as a selection of Italian folk songs.

The TIMF Ensemble was founded in 2001 as an ambassador of the Tongyeong International Music Festival. It was originally meant to be a group of professional performers who would serve as representatives of the style and quality of contemporary music in Korea. It has since evolved into an internationally-renowned ensemble that has toured abroad and performed everything from familiar classical numbers to contemporary pieces, as well as new works by Korean composers.

Shin’s nationwide tour, which began earlier this month and included stops in Jinju, Gunpo and Busan, will return to Seoul for the concert on Friday.

At the concert, Shin will be accompanied by tenor Na Seung-seo and the Prime Philharmonic Orchestra, conduced by Yeo Ja-kyung.

Feb. 6 and 7: “Whitney Houston: Nothing But Love World Tour.” After seven years of exile from the pop music scene, Whitney Houston is holding a concert in Korea for the first time as part of her world tour for her latest album, “I Look to You.”

The concerts start at 7 p.m. on both days.

To Feb. 28: “The Beauty Queen. of Leenane.” This is the first production from the Noname Theater Company, a subsidiary of Musical Heaven.

The Beauty Queen of Leenane is a Tony Award-winning play by British playwright Martin McDonagh and will be performed in Seoul with a Korean cast. The play tells the story of Maureen Folan and her seemingly hopeful life, which teeters between happiness, betrayal and ultimate destruction. This rather grim depiction of the relationships between people and family is balanced with black comedy, melodrama, tragedy and suspenseful plot twists.

To Sunday: “Queen Sundeok.” One of Korea’s most popular television dramas, “Queen Sundeok,” has come back as a musical production. Music and movement are used to bring the epic tale from the Silla Dynasty (57 B.C.-935) to life.

The original television drama won critical acclaim for its production values and cutting-edge theatrical technology. The musical will also employ the latest methods and techniques to bring well-crafted sets and props to the stage. Every set piece has been created with great detail to replicate the sets in the television drama. Renowned designer Lee Sang-bong led the costume design team.

The musical also features a stellar cast of talented performers, including Broadway musical actress Lee So-jeong, who will play the leading role.

Kim, who founded the first formal samulnori group, has been seeking ways to incorporate digital technology into the traditional arts for the past 30 years. His latest work is equipped with 4-D technology and accentuates his ongoing effort to break the boundaries between the new and old.

Unlike 3-D technology, 4-D uses holograms to project realistic images that allow the audience to virtually interact with performers without having to depend on extra peripherals.

The holograms work brilliantly with the masterful performance.

Today to Mar. 23: “Please Take Care of Your Mom.” This sad play, which is performed by an all-Korean cast, attempts to give new meaning to motherhood.

The play is based the novel of the same name by Shin Kyung-sook. Shin’s book sold over 1.2 million copies and topped the best-seller list for much of 2008 and 2009.

Like Shin’s book, the play is expected to bring audiences to tears through its telling of the tragic but beautiful story of a mother.

Friday to Sunday: “Cinderella.” This weekend, the Korea National Ballet Company invites audiences to experience their production of “Cinderella.”

Cinderella will be played by Park Seul-gi and the cast will dance to music by Sergei Prokofiev.

The Korea National Ballet Company, established more than 40 years ago, has played a major role in popularizing ballet in Korea by developing original programs for the public.

Saturday to April 25: “All That Jazz.” Chungmu Art Hall is hosting an ambitious jazz musical through April 25. This is neither a remake nor a restaging of the 1979 American musical film of the same name, but an entirely new musical production created by the producer, Park’s Culture.

“All That Jazz” brings the glamour of a large-scale Broadway production into the more intimate and lively space of a small theater.

While All That Jazz contains all of the elements of a good musical, it also strikes a balance between music, dance and theatrics.

The musical numbers have been well crafted and are performed by an energetic and talented ensemble.

The musical starts at 8 p.m. on Tuesdays to Fridays, and at 3 and 7 p.m. on weekends. There are no performances on Mondays.

From Feb. 25 to 28: On Full Moon Day, which falls on the 15th day of the first lunar month of the year, the Jeongwol Daeboreum Fire Festival is held in order to pray for good fortune and a healthy year.

“The 13th Jeongwol Daeboreum Fire Festival,” will be held on Jeju Island to celebrate the occasion.
Visitors to the festival can also experience the traditional lifestyle and practices of Korean farmers. Long ago, Jeju farmers would set fire to their fields so that harmful bugs would be chased away and their cows could eat the grass. This practice is revived during the festival. Visitors will also have the chance to experience what it’s like to set pheasants free, participate in a traditional wedding and more.

The festival will take place at the Saebyeol Oreum area in Aewol, Jeju Island.