Actor comes out in new role

Actor comes out in new role 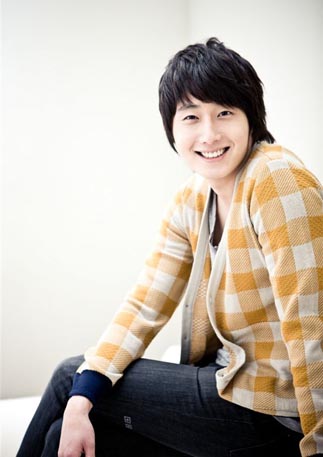 
For a handsome young actor who has made his name playing pretty-boy roles, taking on the role of a gay man who is HIV-positive may not seem like a safe choice, especially in a nation where homosexuality is still regarded as a taboo subject. But with his new role in the play “Beautiful Sunday,” which begins its run early next month, actor Jeong Il-woo wants to show that he is more than a just pretty face.

Based on the play by Japanese playwright Nakatani Mayumi, Beautiful Sunday was first staged in Korea in 2006 and has been presented more than 450 times since then.

It takes place on a Sunday, when a heartbroken female stranger breaks into the apartment of a gay couple. It received rave reviews from critics, who applauded it for showing that there are many types of love between humans, whether heterosexual or homosexual.

Jeong plays Jun-seok, a gay art student in love with Jeong-jin, who is the manager of a family restaurant.

While the role is very different from the characters Jeong has played in the past, he was eager to give it a try. And unlike other celebrities who move from film to theater to polish their skills or advance their careers, Jeong thinks of this as a chance to mature.

“In some ways, doing theater is harder than doing a television drama or a film, but my inner adventurer pushed me to grab this chance,” Jeong said in a recent e-mail interview with the JoongAng Daily.

Many actors, whether they are seasoned or not, find it daunting to do a play such as this one, which has performances six days a week and runs for more than a month. Celebrities who are not used to the rigors of a long-running show will often ask to be double cast when they sign on for a theatrical role. The role of Jeong-jin, for example, is played by veteran theater actors Jang Jun-hwi and Lee Sang-hong, who alternate in the role. Jeong, however, is the only one playing Jun-seok.

For Jeong, it was not the hectic performance schedule that scared him, but the pressure of playing a gay man. Still, he says he is ready for the challenge and is eager to make the character his own.

“‘Philadelphia’ was the most impressive film [about homosexuality] for me, but the gay character in the film is portrayed as dark and gloomy,” Jeong said. “I want Jun-seok to be more of a guy-next-door type, a bright young man who anyone can see as charming and friendly.”

Jeong soared to stardom in 2006 when he landed the role of Yun-ho in the TV sitcom “High Kick!” Since then, he has had a diverse range of roles.

One thing Jeong says he misses about his old schedule is his privacy.

“It’s a shame that I have a limited amount of freedom, but I know what I’m doing now, I can say my life is good,” he said.

Beautiful Sunday opens on Feb. 4 for an open run. Performances are Tuesdays to Fridays at 8 p.m. and Saturdays and Sundays at 3 and 7 p.m. There are no performances on Feb. 16 and March 2. For more information, call 1544-1555 or go to www.interpark.com.