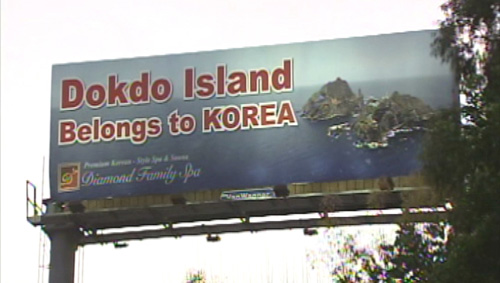 A large billboard about the Dokdo islets is displayed on Highway 60 near Los Angeles in the United States. The billboard reads “Dokdo Island Belongs to KOREA” along with the photo of the islets. Alex Cho, 50, a Korean-American, was contracted to run the advertisement for two months starting Jan. 25. After a blogger took photos of the billboard and posted them on a Korean Web site recently, the photos attracted a lot of clicks. [YONHAP]