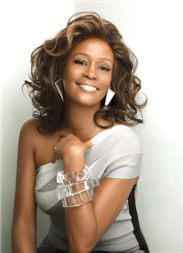 Pop diva Whitney Houston will give her first Seoul performances ever on Saturday and Sunday.

The program will kick off a world tour titled “Nothing But Love,” her first in a decade. It follows the release of her most recent album “I Look to You” last September, itself released seven years after her last album of pop songs.

“Whitney Houston’s concert is especially meaningful in that it is going to be the first time she will be standing on stage, bringing to an end a long hiatus,” the press release from Hyundai Card, the concert organizer, read.

Since 1985, Houston has been awarded six Grammy Awards and has been nominated 33 times. Her albums have sold an accumulated 170 million copies so far.

The performer will be staging ballads as well as medium-tempo dance numbers including signature favorite “I Will Always Love You” and “I Look to You,” her comeback hit, according to Hyundai Card.

The venue will be Olympic Gymnasium at Olympic Park in southeastern Seoul, and ticket prices range between 70,000 won ($60) and 180,000 won. Following the Seoul concert, Houston will tour around Japan, Australia and elsewhere, wrapping up on June 10 in Helsinki, Finland.