Missions of North tipped to successor

Missions of North tipped to successor 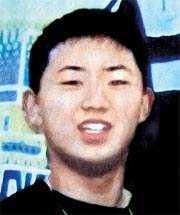 The head of a Seoul-based news agency run by North Korean defectors said yesterday that North Korean embassies overseas have been told to lay the foundation for a leadership change in Pyongyang, making a possible succession of power virtually official.

Kim Sung-min, head of the Free North Korea Radio, said the North’s government sent notices to its embassies to “firmly establish the system for the sole leadership” of Kim Jong-un, the third son of the current leader Kim Jong-il. Kim Sung-min said he had been informed by a member of a North Korean embassy but declined to say in which country the embassy was based.

Kim Sung-min said the notices were sent yesterday morning. For about half an hour each weekday morning, Kim said, North Korean diplomats sit down to read from the government mouthpiece Rodong Sinmun and discuss policies of the ruling Workers’ Party.

Government instructions are delivered during these sessions, Kim explained. He also said it’s not often that the government issues instruction to all of its overseas missions. “This means that Kim Jong-un’s succession is essentially official,” he said. “It doesn’t seem as though the North government has delivered the news to its public. But it’s taking steps to do so.”

Kim Sung-min added that Kim Jong-un’s birthday, Jan. 8, has been designated as “the largest holiday of the nation” and a separate notice on it was also sent out to embassies.

Birthdays of Kim Il Sung and Kim Jong-il are called “the largest holiday of the people,” the highest distinction for the red-letter days.

Since his name was first floated as the potential successor in January of last year, Kim Jong-un has been on a fast track to become the next leader. Kim Jong-il’s birthday, Feb. 16, didn’t become a national holiday until eight years after he had emerged as the successor to Kim Il Sung. Thought to be in his late 20s, the junior Kim is reportedly working at a deputy department director level at the Workers’ Party.

Experts in Seoul linked the North’s nuclear test last May to succession, saying it was an attempt to prove the regime’s unity with a powerful military. The North’s currency reform last year was seen as an attempt to improve the economy and secure public’s support, since the public would not be pleased if the leadership change took place before the economy bounced back.