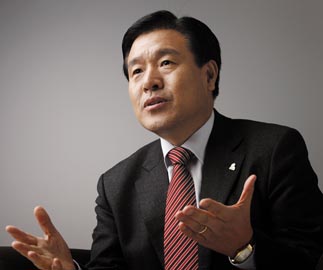 A. The WDC is a biennial designation awarded by the International Council of Societies of Industrial Design (ICSID) to cities either emerging in the area of design or already famous for it. Turin in Italy served as a test city for the project, and Seoul is now the first city in the world to receive the designation under the official program.

The ICSID is an international organization that pursues social, economic and cultural development through design. It now boasts 165 member entities in 48 countries as well as 150,000 design experts. The juries unanimously selected Seoul not because it is a superior design city, but rather because it has a great chance to become one in the future. Seoul’s design-led development and its vision to incorporate design across the city’s social, cultural and economic scene as well as in its high-tech products appealed to the juries.

With the designation, Seoul received the rights to hold World Design Capital events, which will raise its profile internationally in design. There will be various design parties, exhibitions and conferences this year.


What’s the significance of the designation?

World Design Capital Seoul 2010 enables not only international and local design experts to put their heads together to share their design policies and experience, but it also provides a crucial opportunity to build a consensus on the notion of design among the public. The event will also dispel the so-called “Korea discount” on Korean design. In the past, when Korean companies exported products, the overall quality of the items was good. But they were sold overseas below the market price compared to similar products manufactured by advanced countries such as Japan. The reason for this was that the national and economic status of Korea at that time wasn’t high. Though there are Korean corporations such as Samsung, LG and Hyundai that produce superior electronic products, Korea still has a lower profile in terms of international recognition in design. Take Apple’s iPhone. On the back of the iPhone, you can see the words “Designed by Apple in California.” What we’re trying to do is produce more “Designed in Seoul” products, which will raise the status of the country and lift its design competitiveness.


Seoul is hosting various design parties, exhibitions and conferences this year. Can you expand a little bit on some of these and give a few recommendations in terms of what to attend?

This year, 12 big design events related to World Design Capital Seoul will be held. One of them is the WDC World Design Cities Summit on Feb. 23 and 24, where world-renowned design experts and officials from 20 design cities will gather to share tips about design development.

The outcome of the summit will be reflected in Seoul’s urban development policies going forward.

To showcase Seoul’s old and new designs, there will be a Seoul Design Assets Exhibition from Jan. 8 to Mar. 7 and Sept. 17 to Oct. 7. This exhibit will showcase dozens of the most important designs in Seoul’s 600 years of history.

There will be Seoul Design Fair 2010 held from Sept. 17 to Oct. 7, which was formerly called the Seoul Design Olympiad. The fair gives people a glimpse into creative design products.

From Sept. 17 to Oct. 7, there will be a Seoul Design Market featuring various exhibitions and products made by domestic and international companies. For more information, visit wdc2010.seoul.go.kr.


There are expats who are deeply interested in design. How will Seoul help foreigners attend and understand these events?

Every design event related to World Design Capital Seoul 2010 will have explanations both in Korean and English. Due to the limited space on the explanation plates of each design, other foreign languages will not be included.


After years of preparation in terms of design, Seoul is producing tangible results, as it has received recognition from the mainstream and design media.

But some people are skeptical about Seoul’s design-focused policies. Many of them wonder why the city needs to focus on enhancing its design amid an economic downturn. The criticism revolves around the view that design is a luxury, not a necessity. Therefore, critics say it should take a backseat to more pressing issues.

Reports by the international media on Seoul’s value as a design city means a lot. But it seems that many people in Korea still don’t have a high understanding of the economic value of design.

As of 2008, Seoul GDP per capita was $32,171, which is comparable to France. Korea has progressed rapidly on the economic front, but we still have a long way to go in terms of design, which will play a decisive role in improving the quality of urban life.

The city’s design didn’t keep pace with its economic growth.

To narrow the disparity, we need to strategically use design as a tool to raise urban competitiveness globally. People need to see how design can boost the economic power of the country, and World Design Capital Seoul 2010 will help change perceptions here about design. If those perceptions are not changed, we will lag behind other cities.


What are some problems with urban design in Korea and specifically in Seoul?

There are three major factors at work. One is overpopulation. Hanyang, the capital of the Joseon Dynasty (1392-1910), had a population of just 100,000. Today, there are millions of people in Seoul and many more when you include its surrounding areas.

The second factor involves Japanese colonization and the Korean War. After Korea exited the colonial period and moved past the Korean War, the country saw rapid economic development and become an economic power within a few decades. But many buildings, facilities and apartments were developed haphazardly, with little thought about design. Disorderly erected buildings and apartments were built in long rows and resemble matchboxes, damaging the urban landscape. The next factor is that the majority of the roads stretching across the country were constructed amid the country’s rapid economic climb. Many of them were designed to be convenient for drivers, but the country’s road network is unfriendly to pedestrians. Also, neon signs hang in a disorderly fashion from buildings. To solve the problem, Seoul should take the lead in improving the country’s urban design by focusing on it constantly and consistently.