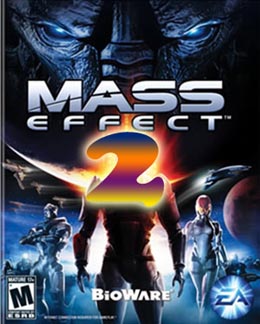 We hear a great deal in the media about the maturation of the video game as a medium, about how games are taking their place alongside films and novels as mainstream popular art.

And while the vast majority of games run counter to this, the sequel to 2007’s RPG-shooter “Mass Effect,” - which played well and combined interesting, meaningful science-fiction storytelling - will bolster this claim.

The original game saw humanity, shortly after a violent first contact with the alien races who rule the galaxy, taking its first steps into interstellar diplomacy. The player was “Shepherd,” the first human Spectre, a sort-of James Bond in space given wide latitude to negotiate solutions (and blow things up), who gradually uncovers the truth behind what makes interstellar travel possible, making decisions that would shake galactic politics and maybe even falling in love.

Those decisions carry over into “Mass Effect 2,” which allows the player to import save files from the first game, and the game plays extremely differently depending on what route you took. It’s a stunning and unprecedented level of interactivity.

The story in the sequel is if anything even more fraught with uncomfortable decisions and dark corners (its developers compared it to “The Empire Strikes Back” in tone), with Shepherd brought back to life by a racist human-power group and either reluctantly or willingly cooperates with them in uncovering the new plot by the first game’s big baddies.

But this isn’t a by-the-numbers sequel. The story is familiar, but Bioware has overhauled the game experience completely. Combat is much more visceral. The leveling and inventory systems have been simplified and the make-work quests and generic pirate battles are gone. Not every side quest offers thrills, but each one is unique. Characters on board your ship now trigger two major quests, one when they come on board and another you can undertake to earn their trust (a factor that’s very important later on). And there are more romantic choices - though if you began a relationship in the first game, this one implies that cheating will have consequences in “Mass Effect 3.” My only gripe is that “mining” is required to gather resources for tech upgrades, a repetitive task which seems like an immense waste of the only human Spectre’s time.

Mass Effect 2 continues the high standard of storytelling set by the first game and adds even more depth and complexity. It’s the best shooter-RPG hybrid I have played since “Deus Ex,” and the comparison to “Star Wars” in terms of impact on its genre will not, I think, prove misplaced.