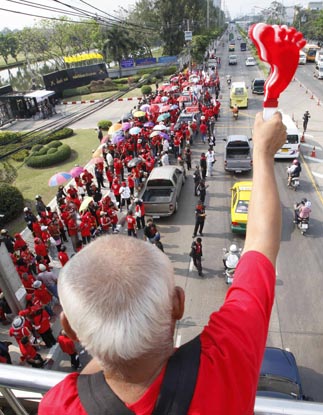 Supporters of Thailand’s former Prime Minister Thaksin Shinawatra rally outside a military base in Bangkok on Feb. 4. The rally was one of at least seven small protests outside bases across the country in what the protesters said is an effort to prevent the military from intervening in politics. [REUTERS]