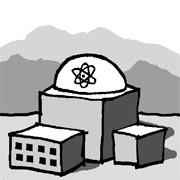 While leaders Joseph Stalin and Mao Zedong enjoyed general popularity among their people, they had a complex relationship with each other.

Stalin’s assistance to Mao in 1949 during the Chinese Civil War was rather lukewarm. He also tried to prevent Mao from crossing the Yangtze River, possibly revealing his fear of the emergence of a large unified nation next door. Because of these actions, Mao began to question whether Stalin was a committed communist. However, in June 1949, Mao Zedong declared the “leaning to one side” strategy, expressing his intent to side with the Soviet Union.

Mao rushed to Moscow in December 1949 just after the founding of the People’s Republic of China. In the beginning, he showed his affection and respect for Stalin: “I am deeply honored to have an audience with Stalin as the commander in chief,” Mao wrote to late Chinese leader Liu Shaoqi. But Stalin would again let Mao down. Instead of meeting Mao at the train station, Stalin refused to properly welcome the Chinese leader. China’s first Premier Zhou Enlai, who accompanied Mao to Moscow, said that Stalin gave the delegation the cold shoulder.

Stalin concluded the Sino-Soviet Treaty of Friendship and Alliance at the Kremlin at the last minute, but it was too late. Mao’s hatred for Stalin had reached its zenith.

However, Mao changed his mind about Stalin again in 1956, after Nikita Khrushchev denounced the “crimes of the Stalin era” in what is known today as the Secret Speech. Mao called Khrushchev two-faced for calling Stalin his father but then lashing the corpse of Stalin with a proverbial whip upon his death.

Sino-Soviet relations grew even more frigid. Khrushchev withdrew every Soviet scientist in China, nullifying his pledge to provide technical assistance in the manufacturing of nuclear weapons. Mao gnashed his teeth in anger, and declared his nation’s intention to produce nuclear bombs on its own in 1958. Six years later, Mao’s ego was uplifted thanks to Deng Jiaxian, a physicist who was instrumental in developing China’s atomic and hydrogen bombs. However, tensions between the countries were not resolved and Mao took his hatred for the Soviet Union to his deathbed.

Now, China has announced that it will build six nuclear power plants near Mount Paektu on its border with North Korea. The already delicate situation in the North regarding the development of nuclear weapons will no doubt be made worse by this. While China has hailed the plants as environmentally-friendly and forward-thinking, it is obvious that North Korea will only be irritated by having nuclear technology - something the world has repeatedly denied them - so close to their territory. It seems that China has forgotten the lessons of Mao and the betrayal he felt toward the Soviet Union after their friendship was broken.