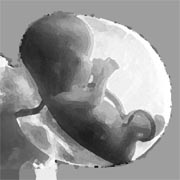 A euphemism is an alternative expression that is nicer and slightly gentler than one that could be seen as offensive. Saying “passed away” instead of “dead,” for example, or referring to “prisons” as “corrective centers.”

The expression, “Tears are not the only things men should not shed,” which can often be found hanging in men’s rooms, is also a euphemism.

Doublespeak, on the other hand, is a method of saying something vague in order to mask the truth. An example of this would be when former U.S. President Bill Clinton acknowledged that he had an “inappropriate relationship” with Monica Lewinsky. Clinton purposefully avoided words associated with sexual activity, but there was much talk about his dishonest and “inappropriate” expressions.

In 1983, the United States announced that airborne troops engaged in a “predawn vertical insertion” in Grenada. It made a clear effort to avoid the word “invasion,” while also speaking of the “collateral damage” incurred so that it wouldn’t have to talk about the number of civilians who had died.

Likewise, members of the George W. Bush administration were similarly criticized when referring to the torture of prisoners of war as “harsh” or “robust” interrogation. This is similar to calling a large-scale layoff a “restructuring” or “downsizing.”

These are all attempts to erase the negative images that arise with the direct expressions.

Recently, there has been a heated global debate about the use of “pro-life” and “pro-choice” in reference to one’s position on abortion.

Their underlying goal seems to be to deliberately ignore the side that claims that abortion is part of a woman’s right to be happy and make her own choices. If the emphasis were on “life” instead of abortion, the opposition could be characterized as being “against life.”

And those who supported “permission of abortion” now go by “pro-choice.” The same logic used by those who are pro-life applies here. It hides the idea that people are “pro-abortion” and emphasizes a woman’s right to choose. At the same time, it avoids the debate on the life and death of a fetus, and makes it appear as if the opposition is not “against abortion” but “against a woman’s right to choose.”

A medical association in Korea that identifies itself as “pro-life” recently filed a report on a hospital that was conducting illegal abortions, sparking a debate with the “pro-choice” side.

I hope to see a side that is “pro-humanity,” capable of embracing both life and choice.