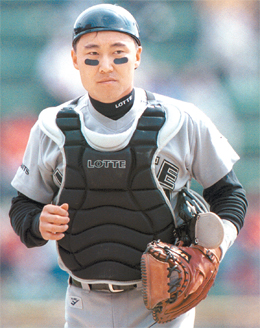 Lim Soo-hyuk, who was in a vegetative state for close to a decade after collapsing during a game in 2000, died early yesterday. [NEWSIS]

Lim was being taken care of at his parents apartment unit in Myeongil-dong, eastern Seoul when his condition reportedly worsened this morning. Lim was taken to the nearby Kangdong Sacred Heart Hospital with a fever. Lim began to show signs of respiratory problems at the hospital and was pronounced dead at the hospital yesterday morning.

Lim was drafted in 1994 and listed at 185 centimeters (6 feet 1 inch) and 90 kilograms (198 pounds), he was tabbed early on as a promising ball player with a lot of potential. However, soon after the start of his seventh season, Lim suddenly collapsed at the second base during an April, 18 2000 game against the LG Twins at the Jamsil Stadium in southern Seoul. According to the medical reports, Lim collapsed due to a heart arrhythmia or irregular heartbeat and failed to receive cardiopulmonary resuscitation on time. Although an emergency medical service vehicle arrived and transported Lim to a hospital, the brain damage he received from the incident was said to have resulted largely from the lack of first aid soon after Lim collapsed at the stadium.

Poor first aid and the ensuing brain damage resulting from lack of oxygen to the brain meant there wasn't much the doctors at the hospital could do to help Lim once he was brought to the hospital. The former baseball player went onto spend the next decade in a vegetative state. 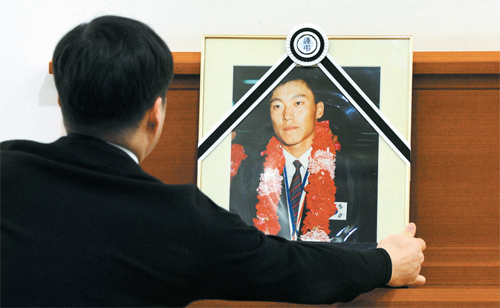 Lim's family sued the Lotte Giants and LG Twins in April of 2003 for 800 million won before eventually settling out of court for the sum of 330 million won.

Although emergency medical services was not readily available at KBO games until Lim's incident, medical personnel and ambulances have become a common sight at baseball games over the years.