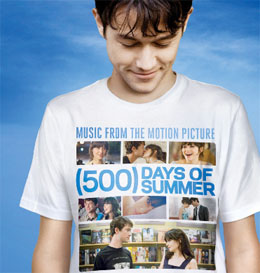 Usually, people buy the soundtrack for the movie after they have enjoyed watching it. It might be the other way around this time.

The soundtrack for “(500) Days of Summer” takes you breezily through the entirety of the not-so-classic boy-meets-girl story like a gush of wind on a warm day.

Overall, the music is based on an indie and modern rock theme. The English rock band The Smiths plays an important role in the story of the film, and the songs “There Is a Light That Never Goes Out” and “Please, Please, Please, Let Me Get What I Want” become the connecting bridge for the two lovers at the center of the film. Classics from Simon & Garfunkel and Hall & Oates also join the lineup. France’s first lady, Carla Bruni, and her hit song “Quelqu’un m’a dit” give a soft, melancholy break from the number of other upbeat songs on this album. With this soundtrack, even the cold weather won’t seem so bad - although it does make you yearn for summer a little bit more. By Hannah Kim