Saints go marching in with victory over Colts

Saints go marching in with victory over Colts

Tracy Porter, No. 22 of the New Orleans Saints, intercepts a pass thrown by Peyton Manning, No. 18 of the Indianapolis Colts, and returns it for a touchdown in the fourth quarter during Super Bowl XLIV on Feb. 8, at Sun Life Stadium in Miami Gardens, Florida. [AFP] 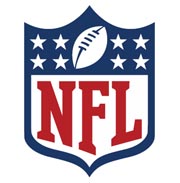 Porter stepped in front of Colts receiver Reggie Wayne, picked off a pass from Indianapolis star Peyton Manning and returned it to the end zone to put the Saints ahead by 14 with 3 minutes 12 seconds remaining.

Manning, who had led an NFL-best seven victory comebacks in the fourth quarter this season, drove the Colts to the New Orleans 3-yard line but a fourth-down incompletion with 44 seconds to play sealed the Saints’ triumph. The Colts failed in a bid for their second title in four seasons.

Brees, who guided the NFL’s top attack this season, and Manning, whose father, Archie, was a former Saints star, delivered on expectations for a passing showcase, setting a Super Bowl record for combined completions. Brees completed 32-of-39 passes for 288 yards and tied the Super Bowl record for completions. Manning completed 31-of-45 passes for 333 yards and a touchdown but one deadly interception.

Brees went 7-for-7 for 44 yards in marching the Saints 59 yards in 4 minutes 57 seconds, giving New Orleans the lead on a two-yard touchdown pass to tight end Jeremy Shockey with 5 minutes 42 seconds remaining in the fourth quarter. The Saints went for a two-point conversion pass that was ruled incomplete. After a video review, the call was overturned, Lance Moore being credited with possession in the end zone.

That gave New Orleans a 24-17 lead, meaning the Colts would need a touchdown and conversion kick simply to equalize. Manning entered and had moved Indianapolis to the New Orleans 31-yard line when Porter made the interception that sealed the Saints’ victory. New Orleans recovered an onside kick to begin the second half and Brees quickly took advantage, taking the Saints 58 yards in just six plays as they took their first lead of the game.

Brees flipped a screen pass to Pierre Thomas and the elusive running back weaved his way 16 yards for a touchdown to put New Orleans ahead 13-10 only 3 minutes 19 seconds into the third quarter. The Colts, who had not driven for a first down since the opening quarter, answered with a touchdown march of their own, Manning hitting tight end Dallas Clark on passes of 27 and 11 yards to sustain a drive that ended with a four-yard touchdown run by Joseph Addai for a 17-13 lead 8 minutes 45 seconds into the third. Saints kicker Garrett Hartley followed with his third field goal of the game, a 47-yard effort with 2 minutes 1 second to play in the third quarter that pulled New Orleans within 17-16.

Colts kicker Matt Stover, 42, the oldest player in Super Bowl history, missed a 51-yard field goal attempt with 10 minutes 39 seconds remaining, setting up the final drama. The Saints, NFL leaders this season in touchdowns in the last two minutes of the first half, marched 81 yards to the one-yard line but couldn’t push across a tying touchdown on two tries.

The first failure came when Saints rusher Mike Bell slipped and fell. On fourth down, Thomas was hit hard by Eric Foster and denied by Clint Session on a second bid for the goal-line. But the Saints’ defense forced a punt and Brees drove New Orleans 25 yards in 30 seconds, setting up a 44-yard Hartley field goal that pulled the Saints within 10-6 at half-time.

Colts defensive end Dwight Freeney, who had been questionable with a torn right ankle ligament, sacked Brees on a third-down play to halt the Saints’ first drive into Indy territory earlier in the quarter, forcing New Orleans to settle for a 46-yard Hartley field goal.

Manning took the Colts 96 yards for a touchdown, tying a Super Bowl record, and capped the drive with a 19-yard toss to Pierre Garcon that gave the Colts a 10-0 lead 36 seconds before the end of the first quarter.

Addai ran three times for 54 yards and caught a pass for 11 more on the drive, each time giving the Colts a first down to set up the touchdown play, on which Garcon outran defender Usama Young to the back of the end zone. Stover kicked a 38-yard field goal to give the Colts a 3-0 lead midway into the first quarter to cap an 11-play, 53-yard drive marked by precision passing from Manning.