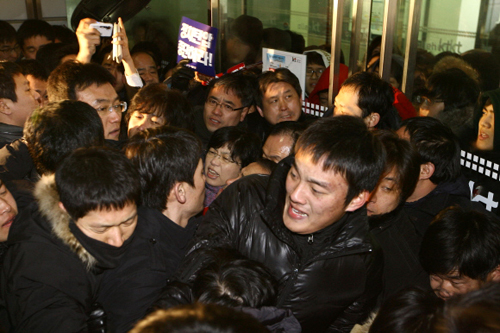 Korean law bars public worker and teacher union members from taking part in collective political activity, but the legitimacy of the investigation has been controversial.

After 30 minutes of scuffling with dozens of lawmakers and officials from the Democratic Labor Party who resisted the seizure, officers with warrants secured the remaining nine computer servers of the party at the KT Internet center in Bundang, south of Seoul, police said. The first of the 10 servers was seized in a search conducted last Thursday.

Four party officials were taken to a nearby police station following the clash.

Police investigators said they are now checking the servers for evidence that union members paid membership fees to the DLP between 2006 and 2009.

The investigation began late last month when police said some members of the Korean Teachers and Education Workers’ Union and the Korean Government Employees’ Union had participated in an official DLP online poll of party members. The votes were cast to pick regional chapters, lawmakers and leading party officials for the progressive party.

If members of the unions were involved, they could face criminal charges and dismissal.

Separate from the server investigation, police said they have determined that of the 293 teachers and civil servants being probed, 120 had joined the DLP.

Police summoned 32 teachers and 15 civil servants on Friday to determine the extent of their involvement.

The probe comes after repeated government warnings to unionized public workers not to engage in political or anti-government activities, arguing that doing so would violate their obligation to stay politically neutral. Yonhap