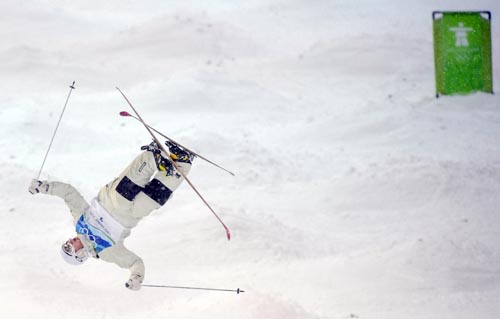 Dale Begg-Smith of Australia goes airborne during a practice session on the moguls slope at the Vancouver 2010 Olympics in Canada on Wednesday. [AP/YONHAP]

VANCOUVER - Years of planning come to a head tomorrow when the Vancouver Winter Olympics get underway, culminating a long slog for organizers who are confident there will be no major dramas despite unseasonably warm weather.

Excitement is building in this waterfront city, routinely voted the most livable in the world, as more than 60,000 people prepare to witness first-hand the Olympic cauldron being lit in BC Place stadium during the opening ceremony.

An estimated worldwide television audience of three billion is expected to watch the Games, the third in Canada after the 1976 Montreal Summer Olympics, which left the city mired in enormous debt for years, and the 1988 Winter Games in Calgary.

About 2,500 athletes from more than 80 nations will take part in the Feb. 12-28 showpiece, but it hasn’t been a completely smooth ride. As the clock ticks down, organizers continue to battle warm weather in Vancouver and on nearby Cypress Mountain, the site of the freestyle events. 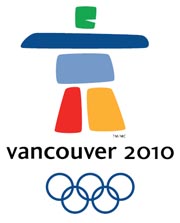 Tons of snow have had to be driven and helicoptered in from higher elevations, with the last-minute rush continuing right up till today.

There are no such problems at Whistler, the site of the blue-ribbon alpine skiing events, although there is a good chance of fog becoming an issue.

Eleven venues are being used, from BC Place in Vancouver, where the opening and closing ceremonies are held, to Canada Hockey Place, which hosts the bulk of the ice hockey events and where the home nation starts as men’s gold medal favorites.

In all, 15 sports will be contested. Germany and Canada are the bookmakers’ favorites to top the medal table, with the United States, South Korea and Japan challenging.

International Olympic Committee chief Jacques Rogge said he was happy with what had been achieved so far.

“Hosting the Games is always a complex and challenging undertaking. The Vancouver Organizing Committee and its partners rose to the challenge without compromising the original vision for these Games,” he said.

“The Games are a global celebration of sport. But we must never forget that the Games are not an end in themselves.

“They exist to promote the Olympic values. Every athlete, including those who never get to the medal podium, can be a role model for all of us.”

A key issue for organizers in the lead-up has been balancing the budget in a time of global economic turmoil and after the fiasco of Montreal in 1976, whose debt took 30 years to pay off.

Dave Cobb, the deputy chief executive of the organizing committee, insisted there would be no big budget blowout.

“It hasn’t been easy. It certainly required us to spend a lot more time watching our dollars than we would have preferred to,” he admitted. “A number of our sponsors had serious difficulties but all our sponsors delivered. Every one of our partners that has a direct relationship with us has delivered.”

The overall Winter Games costs had been estimated at more than $1.7 billion (1.9 trillion won), with the city of Vancouver having to step in last year and provide funding for the $875 million Athletes Village. A further $955 million was needed for security, which has been stepped up ahead of the opening ceremony as protesters ready to make their point.

More than 15,000 security personnel are in place to monitor demonstrations, which are expected to highlight everything from the plight of the homeless and poor to claims by pro-Native Canadian groups that the Games are being staged on “stolen land.”