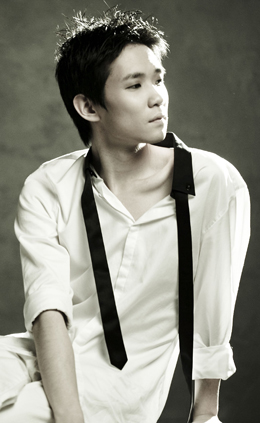 Fans of classical music who like their men handsome and cultured will have two concerts to swoon over in the coming weeks, as pianist Lim Dong-hyek and violist Richard Yongjae O’Neill return to Seoul to play.

Both artists have achieved idol-like status here for their looks and musical talents, but they’re coming for different reasons.

Lim is to commemorate the 200th birthday of virtuoso pianist and composer Chopin with his concert titled, “Beyond Chopin.” Then, in early March, O’Neill will be here to promote his fifth solo album, called “Nore: Songs without Words,” to be released on Feb. 24.

If you don’t live in Seoul, don’t worry - Lim won’t just be playing the capital. He’ll be touring different cities later this month. 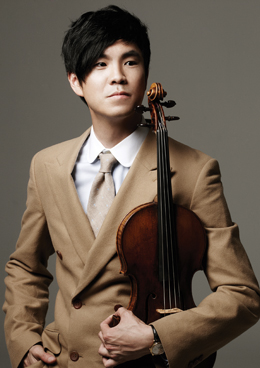 Although the concert is centered around Chopin, Lim has opted to play two works by Ravel to open the performance - something of a departure for the artist, known as a Chopin specialist for his sophisticated and thoughtful interpretation. It will be Lim’s first time playing Ravel’s “Pavane pour une infant defunte” and “Gaspard de la nuit” at a recital. Due to its technical difficulty and profound structure, the latter work is counted among the most difficult solo piano pieces.

The openers will be followed by Chopin’s three Mazurkas, which Lim says he enjoys playing in everyday life, and the Polonaise-Fantasie in A Flat major (Op. 61).

“I personally love Chopin. Polonaise Fantasie is one of my favorites. I think I will be playing Chopin often this year,” Lim said in a recent media interview.

The tour will mark Lim’s first solo concerts in his home country in two years. The last time the Julliard-trained pianist played in Seoul, in 2004 and 2006, all 2,500 seats at the Seoul Arts Center’s concert hall sold out.

From March 3 to 9, O’Neill will work his way down a list of venues, playing instrumental versions of songs such as Schumann’s “Marchenbilder” (Op. 113) and Brahms’ “Four Serious Songs” (Op. 121).

The Korean-American violist, who has also led the popular Korean six-member chamber ensemble Ditto since 2007, will play the songs on his viola, with piano accompaniment.

The 32-year-old musician has been lavished with acclaim by overseas media, with the Los Angeles Times calling his playing “technically immaculate” and The New York Times praising his “elegant and velvety tone.” He now serves on the faculty of the University of California, Los Angeles as its youngest member.

Lim Dong-hyek’s first recital starts on Feb. 20 at the Goyang Aram Nuri Arts Center in Gyeonggi, followed by another on Feb. 21 at the Daejeon Culture & Arts Center and finally a Feb. 27 show at the Seoul Arts Center in the capital.

Richard Yongjae O’Neill will play from March 3 to 9 in Yongin, Goyang, Busan and Seoul. His concerts at Seoul Arts Center will be on March 5 and 6.

For reservations for either tour, call 1588-7890 or visit www.ticketlink.co.kr.