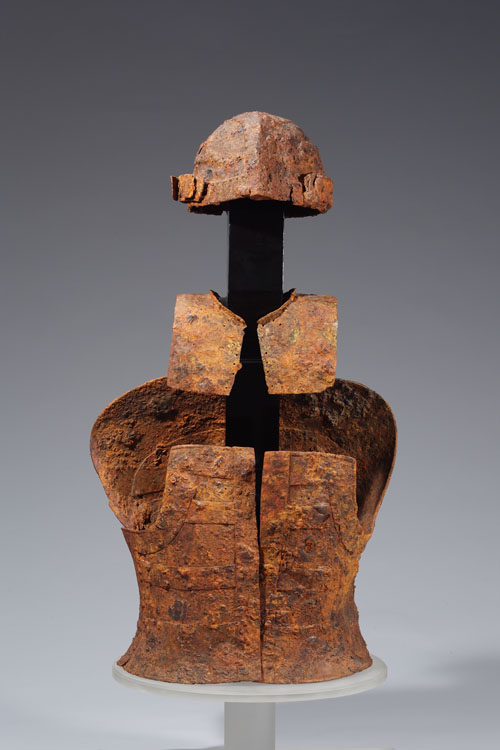 This armor, made of vertical iron patches connected with nails, was found in a tomb in Goryeong, North Gyeongsang. Assembling it required advanced metal-working techniques, granting insight into the technology of Gaya, a confederacy of polities later annexed by Silla, one of the Three Kingdoms of Korea. Given that similar armor was discovered in Baekje, another of the Three Kingdoms, historians assume this type of armor was in fashion during the period. The helmet consists of four vertical iron panels, with three other plates interlocking to protect the neck. Armor from early Gaya - the fourth and fifth centuries - was buried with the owner in the tomb, but the practice disappeared in the mid-sixth century.


The photos and text for Treasure Trove are provided by the National Museum of Korea. For more information, call (02) 2077-9000 or visit www.museum.go.kr.