Making it harder to be a woman

Making it harder to be a woman 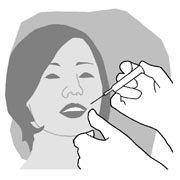 Last November, the White House and Democratic Congressmen of the United States tried to implement a so-called “Botax,” a tax on elective cosmetic procedures, to help pad the huge budget of around $1 trillion that will be needed for the promotion of health care reform.

But many objected to the idea, claiming that without imposing a tax on Viagra or baldness cures, imposing a tax on those cosmetic surgery procedures is sex discrimination because 90 percent of patients who undergo them are women.

The National Organization for Women, the largest feminist organization in the United States, raised its voice against the Botax, with the organization’s president telling The New York Times that women “are going for Botox or going for eye work because the fact is we live in a society that punishes women for getting older.”

At last, the government withdrew the idea after a few months of controversy. But it was a case in which the government was driven into a corner because it failed to be sensitive to sex and gender issues. When going about policy making, the general consensus nowadays is that the government should not take the side of either sex.

This is why the Korean government introduced a “gender-sensitive budget” for the first time. For example, in the budget for constructing public restrooms, considering the differences in the time spent by men and women in the toilet, the number of toilets for women is 1.5 times higher than that for men.

It is reported, however, that bills reminiscent of the Botax are pending at Korea’s National Assembly. The Korea Women’s Development Institute recently revealed that there are 57 bills that include sex discriminatory clauses, out of 2,994 draft bills pending at the assembly either for enactment or revision that it screened.

The draft revision of the Infant and Young Child-care Bill, which gives priority to the children of working women for accommodation at workplace nurseries, is a typical example. Critics point out that the draft bill would mislead people into thinking that child care is solely the responsibility of women, not the shared responsibility of two partners.

The necessity for gender sensitivity must not be limited to government-related business. According to a survey on Lunar New Year’s Day, there was a big difference in the perceptions of the holiday between men and women.

While 82 percent of males said they looked forward to the Lunar New Year, only 63 percent of females answered they did. The Lunar New Year is a leisurely day for husbands and a stressful day for wives, as is the Chuseok harvest holiday in the fall.

Therefore, instead of turning a cold shoulder to their wives’ pain, I strongly recommend husbands massage their wives’ shoulders here and there. If they do so, they will not hear their wives cry out, “Men, you do not know how hard it is being a woman!”