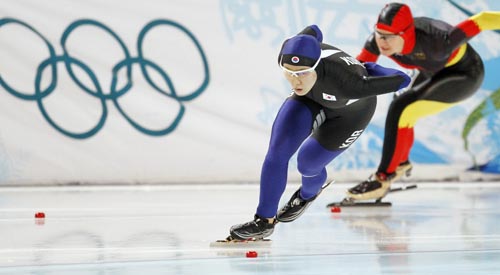 
Mo Tae-bum, coming off his stunning win in the 500-meter speed skating event, will look to earn his second gold of the Vancouver Olympics in the 1,000-meter final this morning at the Richmond Olympic Oval.

While Mo was an underdog in the 500-meter, he is ranked second in the world in the 1,000-meter event behind American Shani Davis, making him the top Korean skater. Lee’s best time in the event is 67.26 seconds, which is ranked fourth best in the world.

Lee Kyou-hyuk, who missed out on yet another chance to win his first Olympic medal in the 500-meter event, is ranked third and has a solid shot at the medal rounds. Lee currently holds the Korean 1,000-meter record of 67.07 seconds. 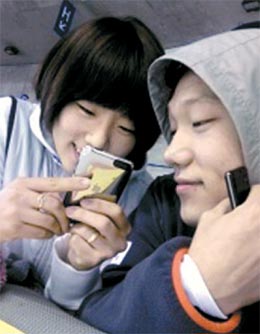 The unpredictable nature of short-distance speed skating makes it difficult to pinpoint a winner, but Davis is as good as they come. The American became the first black male athlete to win a gold medal at the Winter Olympics when he placed first in the 1,000-meter event at the 2006 Turin Winter Games. He currently holds the world record in the event with a time of 66.42 seconds, and he enters the 1,000-meter having won all four International Skating Union World Cup events in the 2009-10 season.

Davis dropped out of the 500-meter race after the first heat, and looks to be focused on going for gold medals in the 1,000- and 1,500-meter events.

Korea will be hoping for another win from either Lee Kyou-hyuk or Mo. Lee is desperately seeking a medal at this point, and Mo is keeping up a good pace after his upset win.

“I think of the 1,000-meter event as my best event. Considering my current condition, I think I have a good shot. My goal is to win the gold medal,” Mo said in a post-race interview with the media on Tuesday.

The women’s short-track speed skating team - Cho Ha-ri, Park Seung-hi and Lee Eun-byul - will compete in the 500-meter final. Korea’s women’s team will be looking to earn its first medal in the event since Chun Lee-kyung earned a bronze medal in the 1998 Nagano Games. China’s Wang Meng is by far the best skater in the event, which she won at the 2006 Turin Winter Games. China’s Zhou Yang, Bulgaria’s Evgenia Radanova and Kalyna Roberge of Canada are the other top competitors in the group.

The Korean men’s short-track speed skating team will renew its heated rivalry with American skater Apolo Anton Ohno in the 1,000-meter qualifying round. Lee Ho-suk, Sung Si-bak and 1,500-meter gold medal winner Lee Jung-su will battle for the right to compete in the finals.

On the slopes, Kim Ho-jun will become the first Korean athlete to compete in the men’s snowboard halfpipe event.

“We are hoping for a top-10 finish from Kim, but it’s possible he could finish even higher,” said a Korea Ski Association official.