Mo proves his mettle with silver

Mo proves his mettle with silver 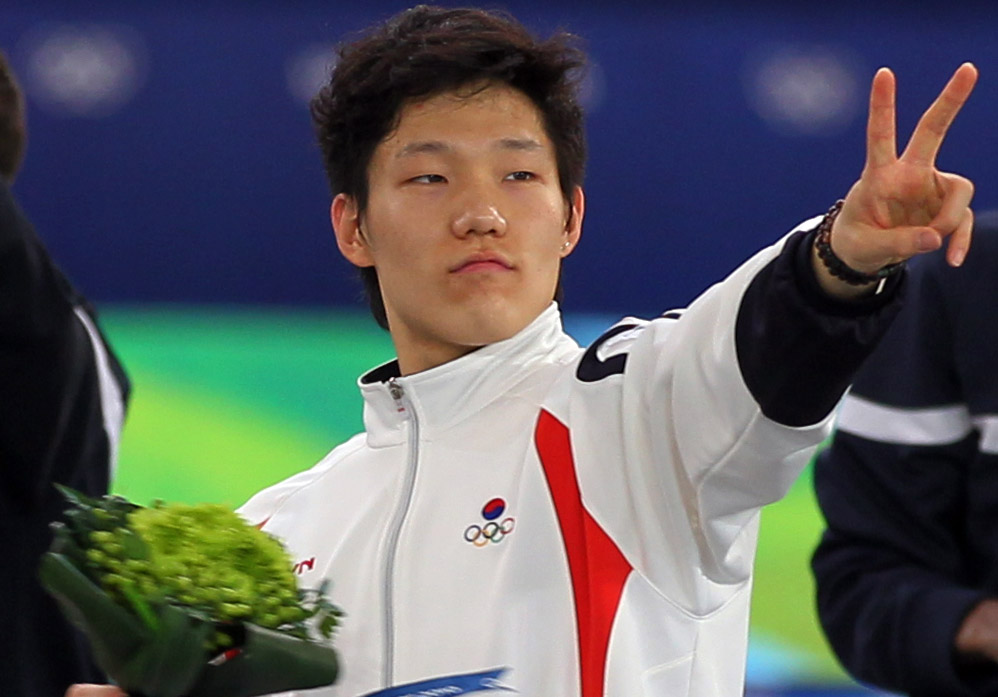 Mo Tae-bum flashes a victory sign during a flower ceremony following a silver medal-winning performance in the 1,000-meter event at the Richmond Olympic Oval yesterday. [YONHAP]

The young athlete competing in his first Winter Games proved his gold medal in the 500-meter event was no fluke yesterday, even as a five-time Olympian faded into the night having again failed to win his first medal.

Mo Tae-bum won the silver in the 1,000-meter event at the Richmond Olympic Oval, bringing his Vancouver medal total to two. Mo is now the first Korean speed skater to medal twice at the Olympics.

“My record has improved since last year. It wasn’t a perfect race but I’m satisfied with the results,” Mo said after the event. “Since Shani Davis is dominant in this event, I didn’t have high expectations coming into the race. But in all honesty, I did hope Shani would make a minor mistake or finish a little slower than his usual time.”

Mo started off well, passing the 200-meter mark in 16.39 seconds, and showed off solid cornering skills to finish with the best time of the day before Davis took to the rink. However, Davis, whose time in the first 600 meters trailed Mo’s, finished strong, besting Mo’s time by less than two-tenths of a second.

For Davis, who became the first black male athlete to win a gold medal at the Winter Games by placing first in the 1,000-meter event four years ago, the win meant back-to-back golds in the event.

Veteran Lee Kyou-hyuk completed his fifth and perhaps his final Olympics with a disappointing ninth overall finish, failing to earn the medal that has eluded him since the 1994 Lillehammer Winter Games.

While is Lee has skated his last in these Games, Mo will compete in two more events: the 1,500-meter race and the team pursuit event. Stating he will have to get plenty of rest prior to his next event on Sunday, Mo is preparing for the race by trying to relax and not place too much pressure on himself.

“To be honest, I’ve been having trouble sleeping since I won the gold medal. The winning race keeps playing in my mind,” said Mo.

“I will approach the event with the mind-set that I’m preparing for the team pursuit event. It would be great if I can win a bronze medal in the 1,500-meter event to close off the Olympics with a gold, a silver and a bronze.

“If that happens, I think I would get on my knees and cry.”

With the attention of the entire nation focused on Mo and Lee Sang-hwa, who won the gold in the women’s 500-meter event, the good friends and juniors at the Korea National Sport University have been romantically linked by some. Mo shot down the rumors.

“Definitely not. Sang-hwa is too good for me. She doesn’t like to hear that type of talk,” Mo demurred.