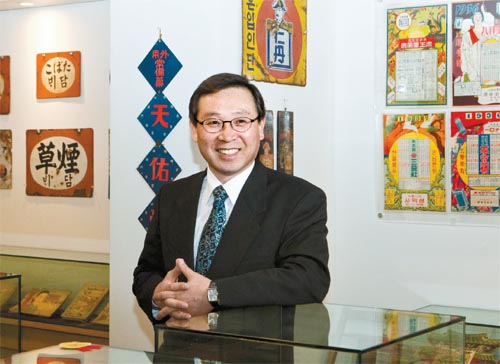 A photograph of King Gojong. Korea’s first radio and its first television. A wall of old advertisements, in various states of decay. These are just some of the odds and ends at the Modern Design Museum in Mapo District, western Seoul.

Park Arm-jong, a visual design professor at Sun Moon University, founded the institution and filled it up with 1,600 pieces, or over a million including smaller postcards and pictures. The collection includes everything from typical museum fare - flags, posters, books - to less common artifacts like dolls and electric appliances. Park has been a collector for 20 years, but until the museum opened he had no easy way to answer the question, “What exactly do you collect?”

“I compete with photograph collectors and book collectors. In terms of design, they are all very significant artifacts,” Park said. “My collections are all of high quality.” 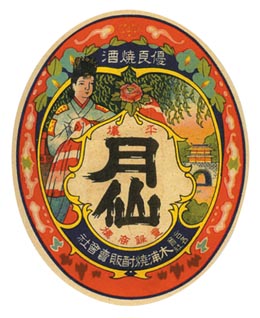 This trademark from the Japanese imperialist era was one of the first Park collected. The image of a woman wearing hanbok was used to show the product’s Korean origin.

Park started his career as a print designer. He served as art director for the magazine Gwangjang and as guest editor for the monthly Design.

He started to turn heads when he assembled the book “30 Greatest Designers of this Century” in 1999, featuring 60 pages by 30 designers.

That effort caught the eye of Yeo Seong-gu, a renowned antique book collector and owner of the bookstore “Hwabong Mungo.” Yeo dragged Park along to his book lover’s club, and that relationship, Park says, led directly to his career as a curator.

“Mr. Yeo handed me a five-volume scrapbook of the 1920s to ’30s. That’s how I started studying the history of Korean design.”

Back then, the field of Korean design history had next to nothing to say about the period before the 1950s and ’60s. But the scrapbook that Park received from Yeo included examples of independent Korean trademarks from much earlier. Based on that information, Park wrote a series of articles titled “100 Years of Korea Design” in Design magazine. 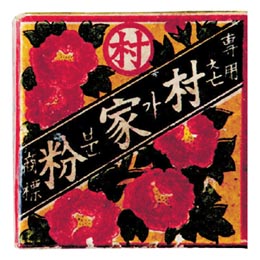 This makeup package held Chongabun, an imitation of Parkgabun, Korea’s first makeup product to be trademarked, in 1915.

That was when full-fledged discussions of Korea’s early 20th-century design world started taking place in earnest.

“As Korea was under Japanese imperialism, we weren’t allowed to use the taeguk mark, which represents Korea. Instead, some drew in a fan with the taeguk mark on it. It was an inconspicuous way to show Korea’s national identity.” 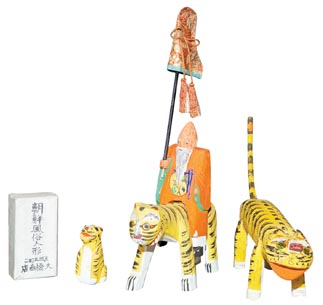 These souvenir dolls depicting tigers and Joseon Dynasty officials were popular among foreigners visiting Korea during the 1920s and ’30s.

Park has even worked to fill in the blanks in local design history all the way back to the start of Korean civilization. Last year, Park began teaching a new course at his university called “The History of Korean Design.” Until it began, local universities had only taught Western design history.

“Most people think design comes only from Western cultures. It’s true that the concept of design was first defined and systematized there. But Korea definitely has designs reflecting the course of time in our own way,” Park said.

Park established the Modern Design Museum in 2008. Although it’s small in size, the seven different halls are neatly organized - befitting a master collector.

Living a life as a director and a professor at the same time, Park said he’s up to his neck in work.

“As soon as I opened the museum, I realized that the act of collecting was just the first step,” he said. “In order to operate the museum successfully, you have to display it right, research in depth, come up with a project plan and hold special exhibitions, not to mention producing various cultural products and publishing books.”