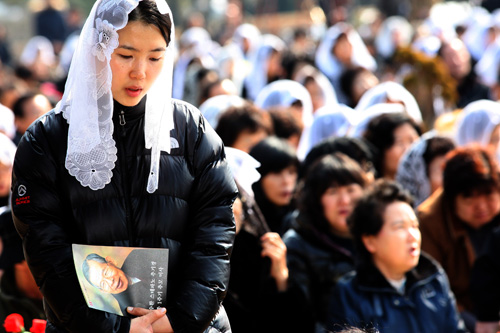 A memorial Mass for the late Cardinal Stephen Kim Sou-hwan takes place at the Catholic cemetery in Yongin, Gyeonggi, to mark the first anniversary of his death. About 1,500 people joined to remember one of Korea’s most respected religious leaders. Kim died on Feb. 16 of last year at age of 86. [NEWSIS]