Going for gold, lost along the way

Going for gold, lost along the way 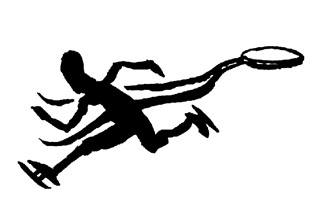 Gold is too soft to be called a metal. It serves almost no other purpose than for our jewelry and decorations. We cannot make a knife or a sickle with gold, and we cannot eat it like rice.

Although gold is used in semiconductors and satellites these days, there were not many uses for gold in the past.

So why have humans placed such a high value on gold for so many centuries?

Peter Bernstein, the author of “The Power of Gold: The History of an Obsession,” gave an answer to that question: gold symbolized power. Because of its peculiar luster and scarcity, gold was a metaphor for the awesomeness of the powerful.

In ancient Egypt, gold was seen as an ornament of the gods. The pharaohs became gods on earth by decorating themselves with gold.

In Korea, too, we know that common people were prohibited from using or owning gold. According to “Samguk Sagi,” or the “History of the Three Kingdoms,” the oldest existing record of Korean history, the monarch of the Silla Kingdom (57 B.C. to 935 A.D.), Ilseong, gave an order in 144 that prohibited “the use of gold, silver, jade and beads by ordinary people.”

Gold was reserved for the crowns and clothes of the wealthiest and most powerful rulers. But when human beings are not allowed to have something, they want that thing even more.

With the advent of the gold rush some 150 years ago, a lot of gold was mined in the United States.

In 1933, however, the United States government prohibited the private possession of gold for all purposes. Anyone who refused to surrender their gold to the Federal Reserve Board risked 10 years in prison. When the prohibition was lifted in 1975, the price of gold in the United States drastically spiked.

The human obsession with gold might have began with the history of prohibition and yearning for the metal, rather than the usefulness of gold itself.

The winners of the Olympics are awarded with gold medals. They award a gold medal because gold is a symbol of the elite, even today.

Olympics coordinators know that with gold as the prize, athletes will compete even more aggressively to win their events.

As the desire for gold is very strong, humans can be enslaved by it. It is not a human being that possesses gold; it is gold that toys with a human being.

Korean people, who have been obsessed with gold medals, have often ignored the sweat and tears of our Olympic competitors who failed to win a gold medal.

Instead of feeling empathy for their failed struggles, Koreans too often are so ashamed of these athletes that they resort to cruel jeers.

But seeing the words of encouragement from the president and everyday Koreans pour in for speed skater Lee Kyu-hyeok, an Olympic medal-hopeful who failed to get one, I think Koreans are gradually freeing themselves from shackles of gold.