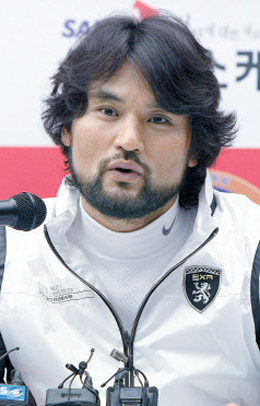 The veteran pitcher announced he reached a one-year deal with the historic New York-based club at his Park61 fitness center in Yeoksam, southern Seoul, yesterday afternoon.

Park is coming off a season with the Philadelphia Phillies in which he posted three wins and three losses with an ERA of 4.43. He struck out 73 batters in 83.1 innings pitched.

After a lackluster start to last season as the Phillies’ fifth starter, Park was effective out of the bullpen and he played a key role in the club’s postseason run. Philadelphia eventually lost the World Series to the Yanks in six games. Park is expected to pitch in a similar role with the Yankees and can also be a backup option for the fifth spot in the starting rotation.