A new design for city living

A new design for city living 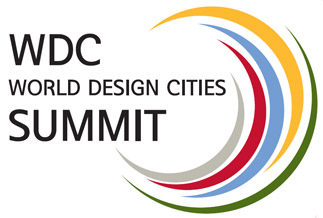 Urban design is no longer a luxury. Rather, it’s an indispensable resource that impacts every inch of city life.

Cities and countries across the world are now putting more emphasis on urban design and development, and there’s a growing consensus that good uses of valuable environmental areas can improve the quality of daily life. Taking a cue from corporations that pour money into design, because a well-designed product is a high-selling product, cities are paying attention to their appearance.

Under the theme of “Design and Cities: Designing a Competitive City for the 21st Century,” mayors of the world design cities and design experts will meet to share the most successful new urban plan policies in an effort to find ways to transform cities into models of new urban design.

“World Design Cities Summit 2010 has significance in that there were no venues in the past where city leaders, design policy makers and design experts could meet and put their heads together to discuss urban design,” said Nah Ken, the director general of World Design Capital Seoul 2010 and a design management professor at Hongik University in Seoul.

Such meetings didn’t exist when Turin served as the test city for the biennial World Design Capital, where representatives from Seoul first came up with the idea of hosting the summit here, Nah explained.

“For many city mayors and design policy facilitators who want to improve urban design of their administrative areas, visiting all cities around the world during their term is virtually impossible. And you can’t get the best ideas about successful urban designs simply by studying books,” Nah said. “When Seoul’s city government first approached city leaders to invite them to an urban design summit, there was some concern that not many cities would be interested in attending, and the summit isn’t an obligation. But more than 400 people are coming to Seoul because they find the summit a great opportunity to share and study urban design policies and cities they want to benchmark in just two days.”

The summit is one of the major projects that Seoul city prepared after it was designated to host the World Design Capital 2010 by the International Council of Societies of Industrial Design (Icsid), an international organization that pursues social, economic and cultural development through design. The council boasts 165 member entities and 150,000 design experts in 48 countries.

Renowned German futurist Matthias Horx will give a keynote speech, “Design and the Future: How Design Changes the World,” when the summit opens today. Horx will assert that design is “not simply surface or shape” but a fundamental that enriches human life by giving people “orientation, comfort, and security.” Using design as a basis for mapping out human needs, Horx will assert that the design industry will soon rise as the core business of the future.

The summit will be composed of two plenary sessions, three parallel sessions and one special session.

The first and second plenary sessions will be held today, headlined “World Design Capitals” and “Caring for Citizens in Future Design City.” In the World Design Capitals plenary, mayors of the three past, present and future host cities of the World Design Capital - Turin’s Sergio Chiamparino, Seoul’s Oh Se-hoon and Helsinki’s Jussi Pajunen - will present and share their own city’s urban design development examples. In the second plenary session, representatives from Ankara, Turkey; Bangkok; Beijing; Eindhoven, the Netherlands; and Taipei will share their urban design successes under the theme “Caring for Citizens in Future Design City.”

On the second day of the summit, there will be a mayoral roundtable, at the conclusion of which the mayors will issue a Seoul Declaration based on discussions during the summit. During the wrap-up, delegates will tour Seoul’s design landmarks including Gwanghwamun Plaza, Cheonggye Stream, Dongdaemun Design Plaza and Park, and the Seoul Design Assets Exhibition at the Seoul Museum of History.

Dongdaemun Design Plaza and Park is one of the grand landmarks that World Design Capital Seoul 2010 will bring to the city. Designed by Zaha M. Hadid, the world-famous British Iraqi architect, the plaza is being constructed in the area where Dongdaemun Stadium used to stand. Hadid is the winner of the 2004 Pritzker Architecture Prize, often called the Nobel Prize of architecture.

When totally complete, the Dongdaemun Design Plaza and Park will serve as a crucial venue for boosting Seoul’s design industry by holding international design conferences and exhibitions as well as running programs to support professional and aspiring designers.

Seoul city has said the landmark will be a design powerhouse that combines Korea’s rich heritage with state-of-the-art cultural facilities.

The Dongdaemun Design Plaza and Park will be completed by next year.

The “Floating Island,” made up of three large-scale, man-made floating islets, will be unveiled to the public in August on the Han River near Banpo Bridge. The project is part of Seoul’s Han River Renaissance Project that aims to enhance riverside recreation areas and revive the river’s ecology.

Artificial islands similar to Seoul’s project can be found elsewhere - the Floating Garden in Rostock, Germany, and Mur Island in Graz, Austria - but these two are relatively small and their purposes are limited.

Seoul city government’s islands - Viva (3,271 square meters or 35,209 square feet), Vista (4,737 square meters) and Tera (1,200 square meters) - are designed for use as international convention, performance and exhibition halls, water sports facilities and restaurants. The buoy of Viva, the second biggest island after Vista, was launched on the Han River on Feb. 6.

The Seoul city government said it is in talks with the Blue House about hosting events related to the G-20 Summit on the Floating Island.