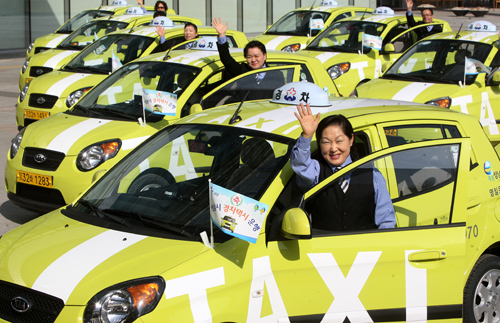 Drivers of compact car taxis pose yesterday at the Seongnam City Hall in Gyeonggi. Starting today, the city will operate 22 Kia Mornings as taxis at 78 percent of the fares charged by midsize cabs, with the initial fee for two kilometers (1.2 miles) starting at 1,800 won ($1.57). The city is phasing out the larger cabs in a move to reduce carbon emissions. [YONHAP]