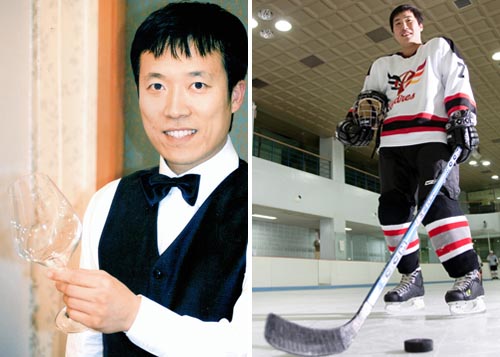 
By day, Lee Jae-gyu works in the vaccine business department of GlaxoSmithKline Korea, the local unit of the Britain-based pharmaceutical company. But by night, he’s a magician who gives free lectures and magic shows at hospitals and doctors’ seminars.

He’s become known as “the magician of the pharmaceutical industry.”

“I took up learning magic because I wanted to give the doctors and patients going through a hard time a break,” said Lee, 36. But not only are his shows a hit, his sales ranked him in the top 5 percent at GSK last year.

Like Lee, other pharmaceutical sales representatives are making efforts to appeal to doctors and hospital officials in new and different ways. Last August, the Korean Pharmaceutical Association officially asked hospitals to crack down on illegal rebates in return for orders. With the increased scrutiny, drug companies have tightened their own regulations and reps are becoming ever more creative in drumming up sales.

For Kim Sang-hun, 29, who works in Choong Wae Shin-Yak Corp.’s antifungal department, success on the hockey rink helped him score in his professional life.

Kim, a member of the Internet hockey club the Padres, became hooked on the game after Ha Hun-gu, the director of the Yonsei Dream Uro Clinic in Bucheon, invited him to a match.

Though short on experience, Kim had a lot of enthusiasm, and he’s scored six times to date. Now he maintains a second office at the Seoul Taereung Ice Rink.

“At first, I tried it out to get closer to the clients,” he said. “Adjusting to my new surroundings and getting used to the different policies was a little overwhelming and confusing. But hockey made it natural and comfortable for me to talk about work.”

Ha said he now sees Kim more often at the rink than the hospital. As they change after the games, they talk about things they couldn’t talk about at Ha’s clinic.

“Honestly, there isn’t much time to converse freely at work since we’re taking care of patients,” Ha said. “Meeting in an informal setting helps us get to know each other better.”

Then there’s 35-year-old Lee Yeon-ho, who works at the multinational pharmaceutical company Novartis Korea. Lee’s body has trouble processing alcohol, but knows full well the consequences of that as an employee in charge of sales at a Korean company.

So he found another way to approach it: He created a wine academy.

In the beginning, Lee hired sommeliers to give lectures, but now he’s become a connoisseur and manages the popular academy himself. In 2006, he even received a special employee award from Novartis.

“As someone who manufactures products to prevent cardiovascular diseases for a living, I think becoming a wine sommelier was the perfect compromise,” Lee said.