Selling Korea to the world, and vice versa

Selling Korea to the world, and vice versa 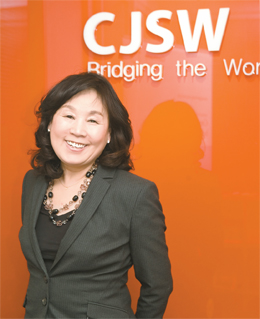 Koreans only started traveling abroad for pleasure relatively recently, so opportunities abound to sell tourists on a whole swath of international destinations - and Nancy Choi, the 67-year-old founder of the PR firm C.J.’s World, is at the forefront of this market.

Since her company opened in 1990, Choi has promoted 10 countries to Koreans, including the United States, Austria, Sweden, Denmark and Portugal. Her campaign for Finland referred to the country as the “Santa Claus of Europe,” and her firm gave Korea a taste for Germany’s Oktoberfest.

Her strategy is concept marketing. She used the slogan, “Innovation Norway - Powered by Nature” to sell Korea on that Scandinavian nation. Choi borrowed the names of famous composers for her campaign on Austria, including Johann Strauss, Wolfgang Amadeus Mozart and Joseph Haydn. Those advertisements brought her recognition from the mayor of Vienna, who gave her a medal named for Strauss in 1996.

But what advice would Choi have for her home country as it begins a three-year program to attract more foreign visitors?

“An ongoing concept marketing strategy is what builds and sustains a country’s brand and image,” Choi said. “Korea also needs to come up with a marketing strategy that celebrates the birth of King Sejong or the invention of the turtle ships and begin advocating this concept to other countries.”

For years, starting in 2002, Choi worked to bring the 2010 or 2014 Winter Olympics to Pyeongchang County, Gangwon. One of the most difficult aspects of the campaign was making a clear distinction between the South Korean county and the town of the same name in North Korea during the 2004 and 2005 program for the foreign press. Choi contacted press organizations from 130 different countries during the effort.

“I just started making cold calls to some of the most powerful and influential press organizations,” she said. “I asked to speak with the chiefs of sports bureaus, and after I pitched my ideas, I invited them to the program for the press.”

Not many organizations proved willing to send journalists to a town they’d never heard of, Choi said. Yet she pushed on with endless phone calls and e-mails, and eventually brought 100 foreign reporters to Korea for the event.

“The ones who did choose to come here left with a very positive image of Korea,” Choi said.

Her second attempt at inviting the press once more wasn’t as successful. But Choi still hasn’t given up, and is looking forward to the possibility of holding another conference for the 2018 Olympics.

Belying her ambition and work ethic, Choi always looks relaxed. Her positive outlook on life has helped her come up with her creative ideas.

“I don’t like to challenge myself constantly or create goals that I feel I have to accomplish,” she said. “I just live each day doing what I want to do.

“My life is more like a natural flow rather than a continuous challenge.”

As the face of her company, Choi attributes her perfect command of the English language to her major in the language at Ewha Womans University.

“There’s no secret to learning how to speak English fluently,” she said. “I studied from sixth and seventh grade textbooks, and learning English wasn’t a big issue.”

Choi has been in the working world since the 1960s, when a woman in the office was unthinkable, but she claims she’s never once thought of her gender as a handicap. As a career woman, wife and mother, Choi said she tried to make the most of the hand she was dealt and live comfortably. Even after her 60th birthday, she is still known by the nickname “Superwoman.”

To top it all off, Choi recently penned and published a collection of essays, “Market Yourself and Promote the World,” based on her travel experiences when she worked for Pan American Airways during the 1960s.