Calling referees out for bad calls

Calling referees out for bad calls 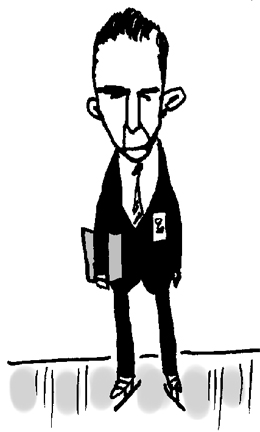 Umpires and referees are supposed to be impartial third parties who do not side with anyone. But, of course, history shows us that these judges are not always impartial.

In Greek mythology, Zeus was asked to judge which of three goddesses - Hera, Athena and Aphrodite - was the most beautiful. But as Hera was his sister and wife, Athena was his daughter and Aphrodite was technically his aunt, Zeus was far from an impartial observer.

Eventually, they found a referee in Prince Paris of Troy, who was not related to any of them. He still wasn’t impartial, however: Aphrodite promised to give him the most beautiful wife in the world if he chose her as the prettiest goddess. So Paris chose Aphrodite, but Hera and Athena ultimately took their revenge on the prince.

Nowadays, these judges hold undisputed authority in the athletic arena. Renowned baseball umpire Nobuaki Nidegawa once reportedly said, “I myself am the rule book.” It is rare for a referee or umpire’s judgement to be corrected, even after a mistake has been acknowledged.

There was one exceptional case where a scoring error in a ski jumping event during the 1924 Winter Olympics in Chamonix, France, was confirmed 50 years later. Anders Haugen, an American skier who took 4th place at the time, was awarded a bronze medal at the age of 86.

Despite this precedent, at the 2004 Olympics in Athens, it was acknowledged that Korean gymnast Yang Tae-young’s score was incorrectly calculated. The officials ruled, however, that there was no way to change the results and refused to award him the gold medal he rightfully deserved.

Then at the 2008 Summer Games in Beijing during the women’s handball playoffs, a video replay seemed to confirm that the final goal scored by Norway in their win over Korea was actually made after the game had ended. Officials upheld the goal despite Korea’s protests.

Judges at this year’s Winter Games are also giving Korean athletes a hard time. The Korean women’s short-track speed skating team’s dream of a gold medal in 3,000-meter relay was spoiled when a skating referee disqualified them. The official behind that call happened to be the same one who robbed Kim Dong-sung of a gold medal at the 2002 Winter Olympics in Salt Lake City and awarded it to Apolo Anton Ohno. It was the fifth time that the referee, James Hewish, sparked controversy by disqualifying Korean athletes. When things go this far, it might be difficult for him to say that he is an impartial third party.

A baseball umpire once said, “I can declare a strike as a ball, but there is nothing I can do about a home run.” What Korean figure skater Kim Yu-na achieved on Friday was like hitting a home run. She knocked it out of the park in front of a judge who made questionable calls about her skating routines several times before. But if athletes are required to hit a home run each time, that’s unsportsmanlike.

The writer is a city news reporter of the JoongAng Ilbo.