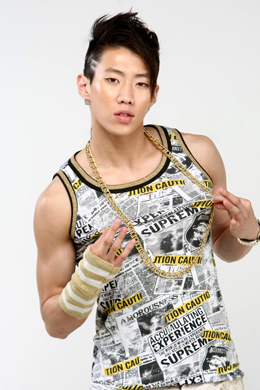 The question of whether Park Jae-beom, the former lead singer of the K-pop boy band 2PM, will rejoin the group after he was let go in September has finally been answered, but that hasn’t kept fans from speculating about the reason for his departure.

Last Thursday, fans were surprised to read a posting on the Web site of the group’s management agency, JYP Entertainment, confirming the singer would not return to the group.

In the posting, the agency said it had been preparing for Park to make a comeback in April and that it had even scheduled a press conference for February to announce his return. The agency went on to say, however, that in December Park had called Jeong Uk, one of the directors of JYP Entertainment, to tell him he had done something very wrong last summer, while the group was promoting the single “Again and Again.”

Although the agency declined to say what the “something” was, it did say that it was a personal problem that could not be reported and that it was far more serious than what the former front man had done last September.

The six other members of the group were notified of the company’s decision on Jan. 3, the company said.

Two days after the message was posted, on Saturday, the heads of JYP Entertainment and the six remaining 2PM members held a four-hour, closed Q&A session with 100 restless fans about Park’s confirmed farewell.

The session kicked off with the six band members acknowledging their opposition to Park’s return, while the company revealed that although what he did last summer would outrage society, it was not an unlawful act.

Rather than calming fans, however, the session further aggravated them due to the lack of answers provided about Park’s actions and his bandmates’ reactions. People who participated in the session wrote on various portal sites that band members sniggered during questions, were indifferent toward the former lead singer and even seemed aggressive.

Following this, fans have raised questions about JYP’s decision to let Park go, and some have proposed that the move had nothing to do with his actions but was a way for the agency to remove the singer from the group.

Meanwhile, the rumors about the nature of Park’s actions have included speculation about drug use, sexual relations with minors and more, but none of them have been confirmed.

Park’s troubles began last September, when netizens discovered negative comments he had made about Korea on his MySpace page from 2005 to 2007, while he was in training to join the group. On the site, he had said, among other things, “Korea is gay. I hate Koreans. I wanna come back,” which spurred what some of his supporters have called a “witch hunt.” The singer apologized and left for his hometown in Seattle, Washington, shortly after the incident erupted.