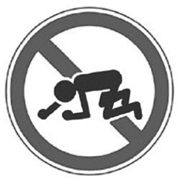 Miracles come with pain - at least that was the case for William Ernest Henley (1849-1903), an English poet. From the age of 12, Henley suffered from bone tuberculosis, forcing him to undergo the amputation of his left leg below the knee. However, the poet always behaved cheerfully and passionately.

The novelist Robert Louis Stevenson even had his big-shouldered friend who walked on crutches make an appearance in his book “Treasure Island.” The famous character of the one-legged pirate Long John Silver was inspired by Stevenson’s real-life friend, Henley.

“Invictus” is a poem Henley wrote in 1875. The title is a Latin word meaning “unconquerable.”

A few years before he wrote this piece, his right leg had also started to be affected by his disease. Medical doctors advised him to undergo a surgical operation in order to save his life, but the poet refused. Instead, he received intensive medical care for three years, and survived 30 years thereafter. The poem conveys the joy of a person who overcomes extreme suffering. “Out of the night that covers me/ Black as the Pit from pole to pole/ I thank whatever gods may be / For my unconquerable soul ...”

“It matters not how strait the gate/ How charged with punishments the scroll/ I am the master of my fate/ I am the captain of my soul.” Perhaps Henley’s refusal to shrink in the face of pain helped his body stay strong through his disease.

Invictus was a favorite poem of Nelson Mandela, the South African leader who was imprisoned for 27 years. In the 2009 film “Invictus” directed by Clint Eastwood, there is a scene in which Mandela, who had been elected as the president of South Africa, recites the poem to the captain of the national rugby team. The unconquerable spirit that the poet and the South African leader shared compelled the country’s underdog rugby team to rise up. At the final match of the 1995 Rugby World Cup, they miraculously triumphed over the New Zealand team, which had been one of the strongest.

The spirit of defying adversity is noble. This is what we learned from the Winter Olympics in Vancouver, which ended yesterday. There is no formula for victory. Korean athletes fought against human nature, refusing to waver or grow weaker in the face of tough competition, or to submit to despair.

Lee Kyu-hyeok said, “It was sad to work for what I could not achieve,” and Kim Yu-na, shedding tears, said, “It’s all over now.” Sung Si-bak expressed the will to fight in the next Winter Olympics, although he once again had the misfortune of slipping during competition.

They are the ones who created this miracle together. Unbeatable minds and invincible spirits move the hearts of the people.