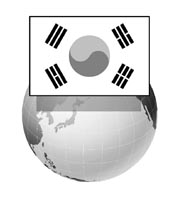 “The people of Joseon cannot modernize on their own.” These were the thoughtless words of Fukuzawa Yukichi, a Japanese writer and philosopher. He is the face on the 10,000 yen note and the founder of Keio University. He was also a supporter, financially and idealistically, of the Enlightenment Party, which included Kim Ok-gyun, Park Young-ho and Yu Kil-chun.

“Nine out of 10 people wear white clothes, and men wear hats.” This was what Korea looked like to American Burton Holmes, who came here with his camera in 1901. The “nation of white,” in the eyes of the West, consisted of people dressed in white with topknots or traditional hats, moving slowly with a tobacco pipe in their mouth. Holmes compared Japan’s invasion of the country to “cutting off the topknots and tobacco pipes.”

During liberation and the Korean War, the Times of London said, “Korean democracy is like hoping for a rose to blossom in a garbage bin.”

In 1986, however, French civilization critic Guy Sorman wrote about how surprised he was by Korea’s great leap in development in “The New Wealth of Nations.” He said, “It leapt up to rank ninth from 60th out of 74 developing countries in just 25 years.” The implication was that Korea was still a developing country.

British and Japanese newspapers that once carried similar reports have recently been saying there is something to learn from Korea. A column in The Financial Times said: “South Korea is no longer the underdog.” It went on to say that Korea’s economy “is practically as big as India’s even with a population less than one-20th the size. It exports more goods than the U.K.” It says that although Korea was on a par with Saharan Africa in the 1960s, it is now hot on the heels of the United Kingdom.

A Japanese financial newspaper goes even further: “Let us learn from Korean companies.”

The Vancouver Winter Olympics was a turning point. The world record earned by Kim Yu-na echoes the blinding success of economic development in Korea. Even the Japanese sports world is saying that their athletes should have Kim’s mental stamina, and that Japan’s lack of spirit and bad economy are the reasons for “no gold.” Japan has already benchmarked our Taeneung national training facility.

We should be proud, but we must not be lulled by the idea that we now rank first on the global stage. The Korean word for romance, nangman, originated from the Japanese pronunciation of the French word, as interpreted by Fukuzawa. He also created the word “freedom,” or jayu, but he once thought about using Chinese characters to express the word, which would have resulted in the difficult word cheonhauhmyun.

Korea still has a lot to learn from the United Kingdom and Japan. We have not yet had a taste of the success they have. As Steve Jobs would say, we need to stay hungry.