Music prof has an ear for the latest in digital

Music prof has an ear for the latest in digital 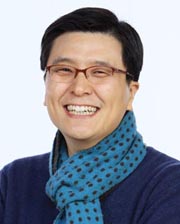 A group of students stands on a stage with iPods in their hands.

As they touch the devices, the sounds of traditional Korean percussion fill the auditorium.

From Apple’s MP3 player come the buk, the Korean barrel drum; janggu, an hourglass-shaped drum; jing, the large gong; and kkwaenggwari, the small gong. The performers are students in the digital arts department of the Seoul Institute of the Arts.

Under the supervision of Professor Choi Yeong-jun, the group developed a software program that will play samulnori, or traditional Korean percussion music.

As MP3 players are a must-have among Korean youngsters, developing applications - or “apps” - for those devices has became a lucrative business. That’s what prompted Choi to post a suggestion on the school’s Web site to develop arts or culture-related uses for Apple’s App Store. One by one, students approached Choi with interest in the proposal.

Gadgets and arts are an unlikely duo, some say. Choi disagrees.

“The way I see it, the two could work together. Technology can enrich the arts and help narrow the gap between the public and the arts.” 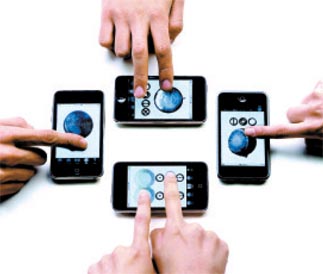 Taking a look at Choi’s resume helps explain where his assertion comes from.

He is a professor by day, but a jazz pianist and apps developer by night. After graduating with a degree in electronics engineering from a local university, Choi worked as a software developer at a game company. A year later, he started a children’s game company of his own.

But not long thereafter, in 1997, he left for the United States to study music, a dream he’d had since childhood. He studied jazz and music technology at Berklee College of Music as well as media arts at Brown University.

Through it all, he’s developed apps for gugak as well as digital haegeum and gayageum, both traditional Korean string instruments.

“I believe if the arts world neglects to catch up with the latest developments of technology, there will be consequences. We should think of ways to utilize technology,” he said. “Many Koreans try to re-enact history and tradition, and resist technology. But technology can the give the arts a tremendous number of opportunities. The marriage between technology and arts is urgent.”