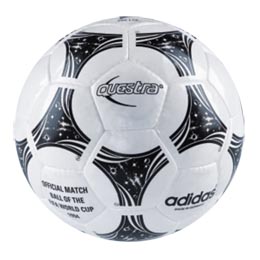 Despite qualifying for its third consecutive World Cup, the Kim Ho managed 1994 Korean squad entered the tourney as relative unknowns and without the respect of its peers.

But the gritty team finished with two ties and one loss for what was then the nation’s best record.

Korea’s first match took place on June 18, 1994 at the Cotton Bowl Stadium in Dallas, Texas. The humid temperature of 40 degrees Celsius made it an difficult on the players. Aside from the nearly unbearable heat, the Korean players entered the stadium with the pressure of having to face Spain, a European powerhouse.

When it came time for the Korean national anthem prior to kickoff, the organizers played the wrong tune. The incident came at the heels of Spanish manager Javier Clemente statement to the press that his team would defeat Korea 5-0. 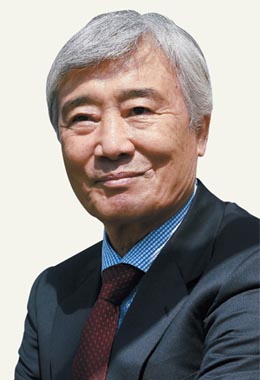 Kim stood up to the challenge with a confident response of his own.

“If that’s the case, we will have to go out and beat them by a goal,” he said in retort.

“Clemente was a cocky and excitable character so I was looking to use that to our advantage,” recalled Kim in an interview with JoongAng Ilbo.

In what turned out to be the most exciting of Korea’s matches in the United States, Kim nearly lived up to his prediction.

Kim decided to press his opponents with an attack-minded strategy in the first half and it turned out to work in Korea’s favor.

In the 25th minute, Hong Myung-bo found Ko Jeong-woon with a long pass and an unprepared Miguel Angel Nadal tackled Ko from behind which led to the Spanish captain’s ejection. Korea managed to escape the first half tied at 0-0.

However, Julio Salinas scored in the 51st minute and Juan Antonio Goicoechea added another in the 56th minute to put the Spaniards up.

Kim responded by moving Hong from the sweeper position to midfield and substituted Seo Jung-won and Ha Seok-ju in place of Kim Joo-sung and Noh Jung-yoon.

The gamble was a success.

The improbable comeback started with Hong’s goal off a free kick in the 85th minute. With time running out, Hong assisted on substitute, Seo’s goal in the 90th minute for a hard earned tie.

“If we had more international experience, we could have won the game,” stated Kim, who’s assistant coach at the time was current national team manager Huh Jung-moo.

“It’s different for our players now. Huh has plenty of experience on the international level as both a player and coach. He should have the team prepared for Greece [at the 2010 World Cup].” 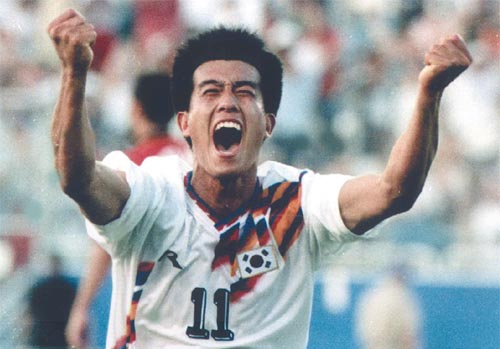 Kim was Korea’s first full-time national team manager. However, the Korea Football Association’s technical committee had a strong influence over the team during those days and Kim had limited control over the team even down to basic decisions like player selections.

“We were training at the National Training Center in Taeneung, northern Seoul, in preparation for the 1994 World Cup when high ranking KFA officials visited and requested to have several players excused for the Yonsei University and Korea University match,” recalled Kim with displeasure.

“When I refused, the officials convinced the players to disobey my orders and climb over the training center walls to play in the game. It was a long time ago. As a footballer, I’m just pleased with the improved support for the national team over the years.”

Kim still has regrets over being swayed by outside influences at the 1994 World Cup.

“When we tied Bolivia in a scoreless draw in the second match, critics began to question why I did not use Cho Jin-ho in the game,” said Kim. “Cho had scored in two consecutive qualifiers but I had thought he was not ready for the big stage at that time. But I ended up starting him in the game against Germany due to the pressure.”

Cho did not make much of an impact in that third and final game.

He ended up being substituted for Seo at the start of the second half and Korea would go onto nearly tying their final match before losing, 3-2.

“Huh saw me struggle with such issues in 1994. I hope he doesn’t make the same mistakes that I made and chooses stick to his decision without any hesitation,” stated Kim.