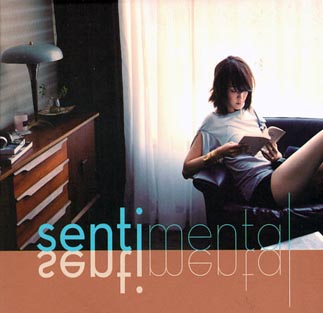 J.ae created quite a controversy with “No. 5,” the lead song on her latest album “Sentimental.” First, it was rejected for broadcast by KBS and SBS for containing references to Chanel No. 5 perfume, Marc Jacobs shoes and a McDonald’s burger.

After the lyrics were changed to refer to candy caramel perfume, pointed toe shoes and a shrimp burger (kind of loses something there), the next blow came when the song was hit with a sexual obscenity rating by cable music channel M.net. The video does contain some racy images of, ahem, fruit, honey and the bedroom, but I can’t help thinking there are more explicit images out there. The song itself has a slow and enticing beat, with rap lines by Eun Ji Won giving it texture.

The seven other tracks on the album, the sixth by the artist who now has a late night show on TBS, are similar. It’s R&B bordering at times on ballad, and J.ae’s breathy vocals are layered over songs featuring piano, acoustic guitar and a little synth.

Controversy aside, Sentimental is worth a listen, especially for those building a White Day playlist.