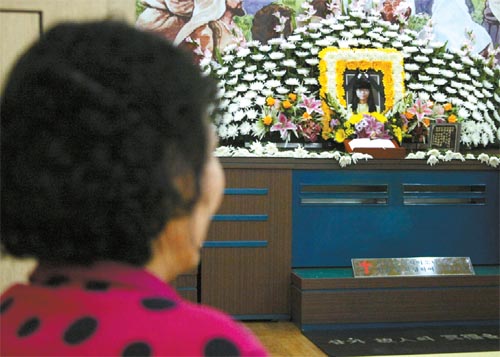 At a mourning altar in Busan yesterday, a bereaved family member looks at a portrait of Lee Yu-ri, a teenage girl killed by a rapist. [YONHAP]


The nation’s legislature and law enforcement authorities have come under intense fire over the rape and murder of a teenage girl in Busan.

Critics say Korea’s lawmakers failed to revise laws governing supervision and punishment of sex offenders, while the police let the primary suspect slip through their fingers.

According to the police in Busan, forensic evidence recovered from the body of 13-year-old Lee Yu-ri matched the DNA of 33-year-old convicted rapist Kim Kil-tae. Lee’s body was found Saturday in a water tank 100 meters (328 feet) from her home.

The National Institute of Scientific Investigation verified yesterday that Kim’s DNA was found in Lee’s body. The police launched a nationwide search for Kim, releasing his photo and offering a 20 million won ($17,660)reward for information leading to his arrest.

“I am heartbroken to see another brutal crime,” President Lee Myung-bak was quoted as saying at a Blue House secretariat meeting by his spokesman Park Sun-kyoo. “I am the highest-ranking person responsible for Koreans’ safety, and I feel a grave responsibility for this situation. At all cost, capture this suspect.” 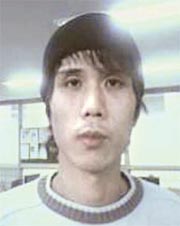 According to Park, Lee also expressed his frustration that the legislature failed to enact key legal changes.

“Following the Cho Du-sun case last year, the president emphasized that the nation needs firm measures toward sex crimes. Lee even said such criminals must be locked away from society for the rest of their lives,” Park said. “There is only so much the president and the government can do. Politicians and civic groups must make a joint effort to resolve this issue.”

Following the public outcry over the 12-year jail sentence given to child rapist Cho, lawmakers proposed bills one after another last year, promising longer sentences and the monitoring of sex offenders. Of the 15 bills proposed last year, only one was approved by the legislature, while the rest were stuck in committee.

Chang Yoon-seok, who represents the Grand National Party inside the Legislative Committee, said, “It is more important to make solid laws, not make laws hastily,” adding that “the legislative committee will review the bills in April.”

GNP floor leader Ahn Sang-soo said his party will find ways to vote on the measures as soon as possible.

Police also faced fierce criticism for their inability to capture the suspect. The victim vanished from her home on Feb. 24, and investigators initially treated the case as a kidnapping after they found evidence of a break-in. The investigation was conducted covertly at first, but the police changed their strategy on March 2 and made public the identity of Kim as the primary suspect based on fingerprints and footprints found in Lee’s home. The search for the victim and the suspect went on for 10 days, but the police failed to arrest Kim, who had been spotted in the victim’s neighborhood.

“Police should have treated this case as a sex crime, not a kidnapping,” said Lee Chang-moo, a professor of police administration at Hannam University. “The police should have searched if any convicted sex offenders were in the neighborhood.”

According to the police, Kim served three years in prison for an attempted rape in 1997 and another eight years for abducting a woman for 10 days and raping her in 2001. He completed the term last year. Kim has also been on the wanted list on charges of raping another woman in January.