Motivating players by any means necessary

Motivating players by any means necessary 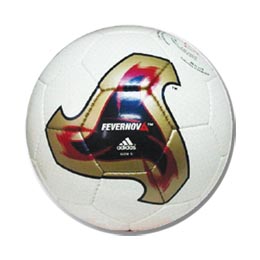 Korea was merely hours away from its round of 16 match against Italy. Having just watched Turkey defeat its rival Japan in an earlier round of 16 matchup, the Koreans were in an upbeat mood and joking around.

It wasn’t a sight that pleased Dutch manager Guus Hiddink, who had advanced the team out of the group phase of the World Cup for the first time.

Angered at what he deemed to be self-satisfaction creeping among his players, Hiddink scolded them: “I’m still hungry but I don’t think that is the case with you guys. It all comes down to who has the mental strength. I don’t want you to play like Japan.”

As the co-hosts of the 2002 World Cup, Korea was playing in front of its home crowd for the first time, but it was the squad manager’s determined leadership and cunning methods that propelled the team to an improbable run to the semifinals.

As Lee Yong-soo, a professor at Sejong University and a Korea Football Association technical committee member during the 2002 Korea/Japan World Cup, tells it, Hiddink displayed great leadership during his tenure with the national team. 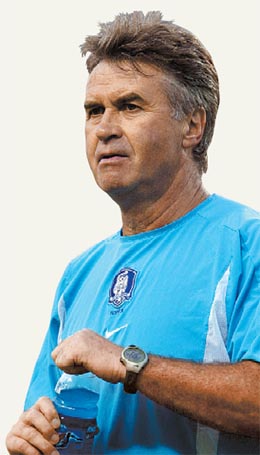 But what transpired in the hours leading up to the match against Italy was the defining moment.

“Hiddink saw that his players looked relaxed after reaching the round of 16 and the anger he vented at them was calculated. He wanted to discipline his players and get them back on track,” Lee said.

Hiddink didn’t stop at scolding his players; he warned them of the Italian players’ tendency to use their elbows during games, and ordered them to complain aggressively of such tactics to the referee.

“Those instructions were the determining factor in Francesco Totti getting ejected in the match,” explained Lee.

Hiddink also proved himself an excellent tactician. With his team trailing Italy 1-0 in the second half, the manager took out defenders Hong Myung-bo and Kim Tae-young and defensive midfielder Kim Nam-il for forwards Hwang Sung-hong and Cha Du-ri and winger Lee Chun-soo. Korea won the game 2-1 in extra time, and would go on to defeat Spain in the quarterfinals and reach the semifinals before bowing to Germany.

Hiddink was respected for his ability to get the most out of his players. One of those players was forward Ahn Jung-hwan.

“Hiddink saw Ahn arrive at team practice in a fancy car and targeted him,” said Lee. “He tried to motivate Ahn by telling him that it looked like he spent more time worrying about his hair than football.” 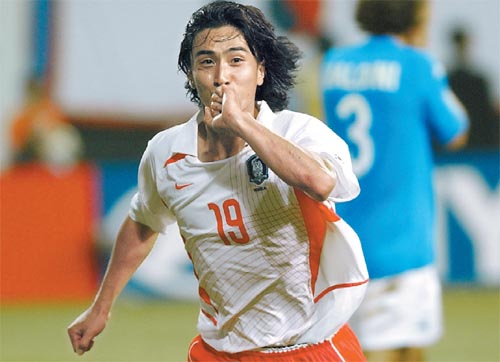 Ahn Jung-hwan celebrates after scoring the winning goal in the round of 16 match against Italy at the 2002 Korea/Japan World Cup. [JoongAng Ilbo]

He also used the media as a motivational tool, telling the press on numerous occasions leading up to the World Cup that Ahn would not start on the national team unless he received playing time from his club, Perugia of Italian Serie A. While leading everyone to believe Ahn was not even guaranteed a spot on the final 23-man World Cup roster, the wily manager had tabbed him as an integral part of his offense.

Ahn scored two crucial goals in the tourney: a game-tying goal against the United States in the group phase and the game-winning goal in extra time against Italy in the round of 16.

“It was Hiddink’s philosophy that a true manager needed to bring out the very best from his players,” said Lee.

Hiddink did not shy away from friendly matches with top-ranked teams; he welcomed them. With a little more than two weeks remaining until the start of the 2010 World Cup, Korea got an offer from the English national team.

“England is a strong team so I was against the idea of playing them, but Hiddink didn’t see a reason to back down from the matchup,” said Lee.

Korea tied England 1-1 on Park Ji-sung’s goal and the friendly match served as a confidence booster.

And it set a precedent. This year, Huh Jung-moo’s national team will play its final tune-up match against the world’s top-ranked Spain in Innsbruck, Austria, on June. 3.

“The biggest lesson Hiddink left behind was not to fear matches against top-ranked teams. We have nothing to lose against the 2008 Euro Cup champions. The match will be a big help in Korea’s quest to reach the round of 16,” said Lee.