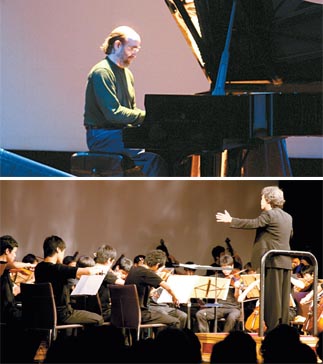 Once upon a time, luxury brands set up exclusive booths in a single department store chain, luring customers hungry for the latest fashionable dress, perfume or watch. But today, the big brands are available in every store, and retailers have to find new ways to differentiate themselves from their competitors. One way that’s caught on here: concert sponsorships.

The chance to connect one’s image to a respected, classy musician - someone like famed soprano Sumi Jo - is one department stores have found irresistible. In fact, on March 30, Jo will sing at the Gymnastics Stadium at Olympic Park in eastern Seoul, in an event sponsored by Hyundai Department Store, which will invite 15,000 of its customers. Last year, the same department store sponsored the “Super Concert” featuring Girls’ Generation, Lee Seung-chul and others.

On March 23, Shinsegae will host what it calls “The Concert of Three Classic Virtuosos,” with the cellist Chung, pianist Han Tong-il and violinist Kim Min. It will be the first time that the three musicians have ever performed together. 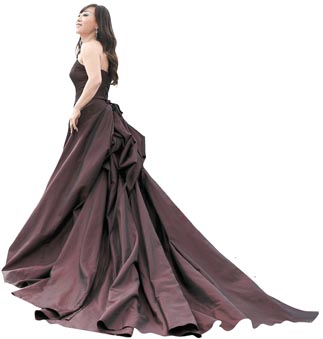 Major department stores poured massive amounts of cash into concerts like these last year, competing with each other to host A-list talent.

Jung Ji-young, general manager of the marketing team at Hyundai Department Store, has a notebook full of local top musicians’ schedules. “More than 100 of our employees are experts in cultural performances,” Jung said.

Hyundai’s budget for show sponsorships this year is 14.2 billion won ($12.5 million), according to Jung, and for the second half of the year they are planning to bring to Korea George Winston and the renowned tenor Jose Carreras.

Hyundai, the smallest of Korea’s top three department store chains, had closed its branches’ performing halls in the late 1980s to make room for more floor space, but in the 2000s, they reopened. They now run seven such halls with 3,400 seats total, and up to half a million people come each year, Hyundai said. Moreover, Hyundai plans to place a performance hall in every new branch it will open from now on, including the Kintex store in Ilsan, northwest of Seoul, which opens in August.

Meanwhile, Shinsegae, which celebrates its 80th anniversary this year, plans to invest 13.4 billion won in culture events. In addition to The Concert of Three Classic Virtuosos, this year the retailer will sponsor a show by Winston, the band of the late tango composer Astor Piazzolla, the famous gayageum player and composer Hwang Byung-ki and the Russian pianist Boris Berezovsky.

Lotte Department Store has rented venues outside of its branches for special invitational concerts, but it’s now following suit and building halls within stores this year, starting with the Gwangbok branch in Busan, the Ilsan branch and the Cheongnyangni branch in central Seoul. The hall at the Gwangbok store will be 1,200 square meters (13,000 square feet), making it the largest performance hall in a department store in Korea. The chain will spend 3 billion won on shows in the second half of the year, to be expanded to 7 billion won next year, said Cha Jeong-mun, a team manager in the cultural enterprise department.

“We are going to have not only cultural events but are also planning to start a long-term business related to culture and art,” Cha said.