The Little General’s strategy was based on trust

The Little General’s strategy was based on trust 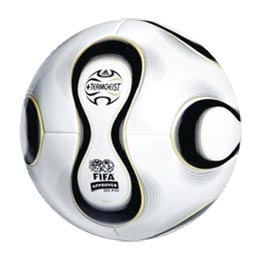 Guus Hiddink, Korea’s 2002 World Cup team manager, was known for his strength and his master tactics. But it was the manager who led by trusting his troops who was called “The Little General.”

Dick Advocaat, who managed Korea at the 2006 Germany World Cup, showed strong faith in his players and emphasized a team effort from his coaching staff.

“Before the World Cup, we lost a friendly match to Ghana 2-0. Advocaat suggested the team switch back to a three-man defensive formation, but the coaches all disagreed,” said then-coach and current Olympic squad manager Hong Myung-bo.

“The team stayed with its four-man defense.”

Hong, who captained the 2002 World Cup squad, was coming off an impressive career as a player and just starting as a rookie coach on the national team. He wasn’t accustomed to the methods of the existing coaching staff: Pim Verbeek, former national team manager and current Australian national team manager, and Afshin Ghotbi, current Iran manager.

“When I watched the coaches debate, from a Korean perspective it looked like they were fighting. Sometimes it got to the point where I wondered if the manager or one of the coaches would quit,” he explained with a laugh. “But no matter how heated the argument got, once the manager made a decision, everyone followed his orders.” 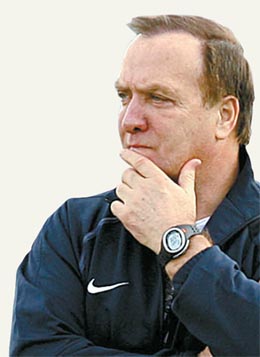 The Little General made good use of his assistants. Verbeek, who had worked with Hiddink before and was known for his perfect training programs, was the lieutenant in charge of planning strategies. Ghotbi, who was respected for his video analysis, was in charge of scouting.

As for Hong, it took him some time to find his place on the staff.

“I initially thought I would be limited to a liaison role between the staff and the players. So I was surprised to hear Advocaat ask during one of the meetings why I did not provide my take,” he said.

Hong learned from Advocaat’s example. After serving as the assistant coach on the national team, Hong took the reins of the U-20 squad and brought the team to the quarterfinals of the 2009 U-20 World Cup in Egypt. During the tourney, Hong was constantly seen in discussions with his assistants and former teammates on the national team, Seo Jung-won and Kim Tae-young.

“If Hiddink was a genius motivator who brought out the best in players, Advocaat placed importance on trust. Hiddink was an excellent manager but I actually learned a lot more from Advocaat,” Hong said.

Hong used honorific speech to address the U-20 squad, and in turn he earned their respect. It’s a method Hong learned from Advocaat. 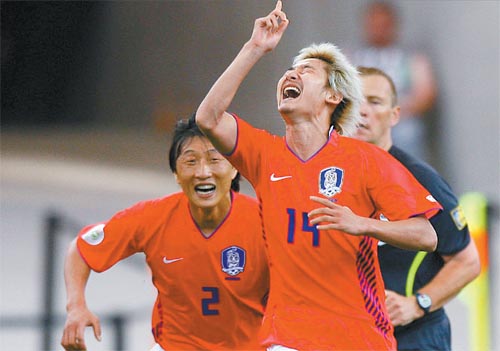 Lee Chun-soo, No. 14, celebrates after scoring the game-tier against Togo at the 2006 Germany World Cup. Korea went onto win the game 2-1. [JoongAng Ilbo]

“Advocaat scheduled the team’s winter training as soon as he got hired. He planned everything down to the minor details. Hiddink had 18 months to prepare for the World Cup but Advocaat had merely eight months,” explained Hong.

The Dutch manager had to evaluate his players and make his preparations in a hurry.

“He valued the players with experience. He started by evaluating the 2002 World Cup team members. It was because of that that defender Choi Jin-cheul, who had retired after the 2004 Asian Cup, was called back,” said Hong. Choi ended up playing the entire duration of all three games in Germany.

Korea has tended to struggle in the opening game of the World Cup and the Olympics. That was the case in the 2006 World Cup opener against Togo. The Koreans grouped in the locker room at halftime, down 1-0.

“Advocaat didn’t discipline his players. He didn’t make any major changes to the team strategies either,” said Hong. “He showed trust in his players.”

Lee Chun-soo and Ahn Jung-hwan scored in the second half to give Korea a 2-1 win.

In the second match, Korea gave up a goal to France in the first half but played solid defense the rest of the game and with Park Ji-sung’s goal, ended tied at one goal apiece. Korea came close to advancing to the round of 16 but lost to Switzerland 2-0.

In 2010, Hong says Huh Jung-moo needs to learn from his team’s mistakes.

“Korea will approach the first game against Greece with a must-win mind-set, but it is the manager’s job to prepare for in advance for whatever scenarios that game might bring.”