Respect for those long gone

Respect for those long gone 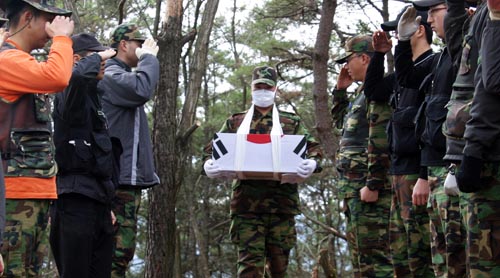 Soldiers from the 39th Army Division and excavators yesterday saluted what appeared to be the remains of a Korean War veteran near Mount Dongji and Sopo-ri in Haman County, South Gyeongsang. The remains will be further examined by the Defense Ministry for identification. Soldiers and excavators also discovered worn helmets, boots and grenades in the area. [YONHAP]