With experience behind him, Huh sets sights high

With experience behind him, Huh sets sights high 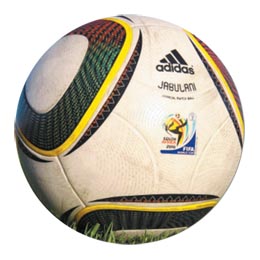 It was Korea’s first match of the World Cup tourney at the Cotton Bowl Stadium in Dallas, Texas. And while it started well - Miguel Angel Nadal of opposing Spain was ejected for a rough tackle on Ko Jeong-woon in the 25th minute - Korea gave up two second-half goals to barely squeak out a 2-2 draw.

“I wanted to make some changes,” said then-manager Kim Ho. “But we lacked experience.”

Huh was the assistant coach under Kim at the time, and he remembers the game the same way.

“If we’d had experience against top-ranked teams, we would have moved up our defensive line to pressure our opponents,” he said. 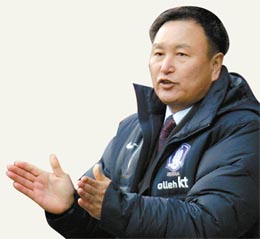 Huh has that experience now. Korea’s national team manager first went to the World Cup as a player in 1986, and put his knowledge to use as a trainer and coach in the following two Cup tourneys. And while he said every year except 2002, when Korea competed on its home turf, was disappointing, he said this year will be different.

“We’ve always had strong determination. We might have faltered, but we were always willing to take on tough opponents even when we knew we weren’t as strong as we could be,” he said. “Now it’s time for us to take a new approach, starting with our mind-set.”

If the 2010 Winter Olympic squad had Kim Yu-na, Mo Tae-bum, Lee Sang-hwa and Lee Seung-hoon, the national football team has Lee Chung-yong of Bolton and Ki Sung-yeung of Celtic. And Huh thinks there’s a lesson to be learned from the young skaters who contributed to Korea’s best Olympic finish ever.

“The idea that we must win at all costs can actually hinder our performance. It can easily lead to playing to our opponent’s strengths,” he explained. “If we’re patient and play for the love of the game, opportunities will present themselves.”

Huh said that while the backbone of his team is made up of veterans such as Park Ji-sung of Manchester United and Lee Young-pyo of Al-Hilal, he’s looking forward to his young players’ “fearless approach” to football’s biggest stage.

“My duty is to provide a setting for the young players to flourish,” Huh said. 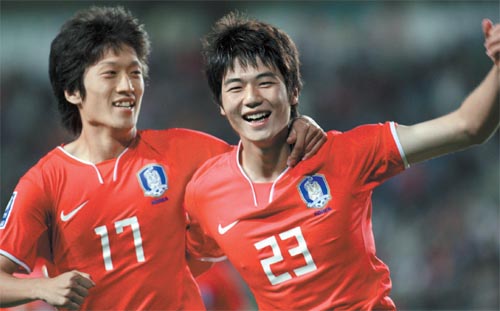 Ki Sung-yeung, right, celebrates with Lee Chung-yong after scoring a goal in an international friendly match. By Kim Jin-kyung

That approach was on full display at the March 3 friendly match against Ivory Coast in London, when Korea capitalized its chances and neutralized its opponents in the midfield for a 2-0 win.

“We might not match up well in one-on-one situations, but if our players learn to make good use of their teammates, they have a shot,” said Huh. “Playing with confidence and finding ways to win ... using all those methods to pressure our opponents is part of the joy of competition.”

Huh’s predecessors all advise him not to be swayed by public opinion, and Huh agrees. “It’s what I most strongly felt after participating in three World Cups,” he said.

He added that it broke his heart to see the Korea Football Association fire his former teammate Cha Bum-kun in the middle of the 1998 France World Cup, when it had been the KFA’s own insistence on a match against Japan that drew the national team’s focus away from its World Cup preparations.

Despite his share of obstacles, Huh has been getting ready for the World Cup in his own way.

“When I first took control of the national team, we lacked depth. So I focused on discovering young talent in spite of some strong opposition,” he said. “If I hadn’t, we would not have promising young players like Lee Chung-yong and Ki Sung-yeung.”

As a member of the 1986 Mexico World Cup squad, Huh helped the national team qualify for the tourney for the first time in 32 years. He’s hoping to lead Korea to even greater heights in South Africa in June.

“Now is the time for us to advance to the round of 16 on foreign soil,” he said.