Whatever’s next for ‘Avatar’ team, it’ll be in 3-D

Whatever’s next for ‘Avatar’ team, it’ll be in 3-D 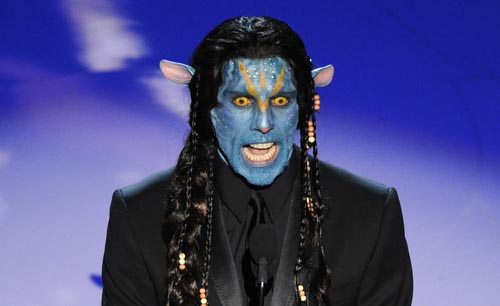 “This is the first week we are not thinking about Avatar,” Landau told reporters at a conference sponsored by the Israeli technology firm Matrix a week after the movie lost out to the Iraq war drama “The Hurt Locker” for best picture and director at the Oscars. “We are talking about an Avatar sequel as well as a small love story called ‘The Dive’ and a movie called ‘Fantastic Voyage’.”

Another project planned by the duo was “Battle Angel Alita”, based on a Japanese novel set in the future and centring on a young female cyborg’s quest for self-discovery.

Landau said a decision on which project they would pursue first would be taken within six months.

“We always said if the movie was successful we would do an ‘Avatar 2’ but we have to find the right story. Jim Cameron ... will only do one if he believes it will be as good as the first,” said Landau.

One thing is fairly certain about the next movie the pair make - it will be in 3-D. “I don’t think we will ever make another 2-D film. Why would we make a movie in black and white if we have color?” Landau said.

Landau said he believed all screens would move to 3-D, including mobile devices, computer screens and televisions, adding that he recently met officials from Internet telephony firm Skype, who were interested in 3-D technology.

He said he foresaw a future in which the audience would determine what path a film followed.

“Imagine going to the same movie three times and having three different experiences because the audience you are with takes a different path,” he said.