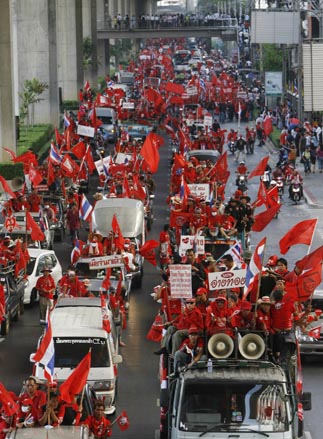 Hundreds of supporters of former premier Thaksin Shinawatra lead a march to the base of the Thai Army 11th Infantry Regiment in Bangkok on March 15. Cheering, blaring horns and waving flags, thousands of protesters moved toward the military base where the premier operates his crisis headquarters, putting pressure on him to call for elections. [REUTERS/YONHAP]