The barbaric truth about serial killers

The barbaric truth about serial killers 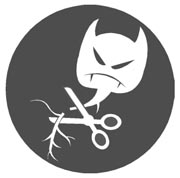 Can humans be more savage than animals?

Jonathan Swift (1667-1745) thought we could be. In his 1726 satirical odyssey “Gulliver’s Travels,” Swift’s protagonist travels to the land of the Houyhnhnms, intelligent horses that rule over deformed and savage beasts called Yahoos.

The Yahoos were humans in their basest form. They looked filthy and behaved in vile manners. They often fought against and killed each other.

The Houyhnhnms view the Yahoos as ignorant slaves. Whenever a horse’s child is being lazy they tell them to stop behaving like Yahoos.

Swift uses the Yahoo community to satirize human nature and expose the vile and savage aspects of it in an obvious manner.

But there are real life humans who choose to behave worse than animals. They give up all human ethics, conscience and reason to become savages like the Yahoos.

Who are these modern day Yahoos?

William Heirens was one of them. Heirens was responsible for what Time magazine called “the crime of the century.” He was arrested in Chicago in 1946 on charges of killing three women. The last crime he committed was a grotesque murder in which he strangled a 6-year-old girl to death and cut her body into pieces which he threw down a sewer.

He was just 17 years old when he committed that crime. The press called him “the lipstick killer” because of a note he left in lipstick at one of the murder scenes. He wrote: “For heavens’ sake, catch me before I kill more. I cannot control myself.”

What causes a human being to turn into an uncontrollable beast? Criminal psychologists say that a sense of self-contempt and helplessness that grows out of an early childhood trauma is common among serial killers.

However, beasts cannot survive alone. Robert K. Ressler, a former FBI agent who coined the term “serial killer,” has said that broken homes and corrupt communities can create environments that encourage violent crimes. That means that the responsibility for such vile acts rests on all of us.

Recently, Kim Kil-tae, the suspect in a vicious rape and murder of a middle school girl, was arrested. Everyone is calling him a “beast” or “monster.” There are even cries for the death penalty to be used more frequently here.

But I wonder if we’re approaching Kim’s case from the wrong direction. Before we start calling other humans animals, we should take a hard look at our homes and communities and ask if they are healthy and nurturing.

We must create a community that respects women and helps rehabilitate former offenders. It is more urgent to reduce the number of future Yahoos, than it is to increase the punishments given to current serial killers and rapists.