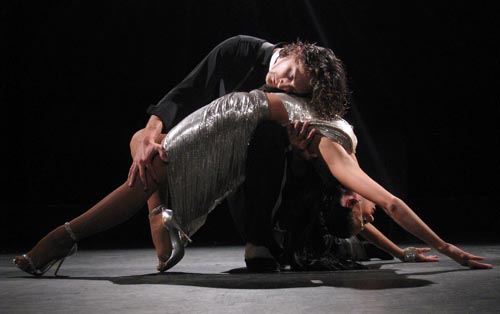 The Gangnam orchestra will be conducted by Suh Hyun-suk.

Min Lee started playing the violin at the age of 2 and gave her first public performance at age 5. At the age of 14, Min enrolled at Yale University, where she studied under the late eminent violinist Erick Friedman.

MSNBC has called Beck a “guitarist’s guitarist” and Rolling Stone magazine has described him as “one of the most influential lead guitarists in rock.” His releases have spanned genres, including blues-rock, heavy metal, jazz fusion and most recently a blend of guitar-rock and electronica.

Beck first became popular during his time as a guitarist for the English rock band The Yardbirds in the 1960s. He has since released 16 studio albums and is expected to release another one, “Emotion & Commotion,” next month.

The conductor graduated from the Music School at Hanyang University, after which he studied conducting and trumpet at the Netherlands Rotterdam Graduate School of Music.

The duo will perform French pieces including the popular “Tic, Toc, Choc” by Couperin, and works by Debussy, Poulenc and Dutilleux.

Ongoing: “The Ballerina Who Loves a B-Boy.” This perennial favorite brings together street dance with ballet. The performance tells the love story of a ballerina who falls for a hip-hop dancer and breaks away from her classical training to become a B-girl.

Audiences of all ages will enjoy the dancers’ energetic performances and toe-tapping musical numbers.

The performance starts at 8 p.m. on Wednesdays and Thursdays, at 5 and 8 p.m. and Fridays and at 3 and 6 p.m. on weekends and public holidays.

This global hit celebrating tango music and dance returns to Seoul this month. The show features six couples, each with their individual tango styles, and a live orchestra accompaniment.

Forever Tango has been introducing audiences worldwide to the Argentine dance since 1994. The show’s creator, Luis Bravo, has been recognized as one of the most successful Latin artists on Broadway.

To April 18: “Honggildong.” Sometimes called Korea’s Robin Hood, Honggildong was a mythical hero during the Joseon Dynasty (1392-1910) and appears as the main protagonist in Heo Gyun’s 500-year old novel, “Tale of Honggildong.”

After inspiring a movie and TV show, the story is now taking to the stage in musical form.

Korean teen idol group Super Junior’s Yesung and Sungmin will take turns in the role of Honggildong for this production. The musical was produced by Seoul Symphony Orchestra under the direction of Kim Seung-won.

Performances start at 8 p.m. on Tuesdays and Thursdays, 4 and 8 p.m. on Wednesdays and Fridays and at 2 and 6 p.m. on Saturdays and Sundays.

The double bill is filled out by her acclaimed 1975 work, “Le Sacre du Printemps (The Rite of Spring).” Ritualistic and elemental, this adaptation of Stravinsky’s masterpiece sees the dancers perform to near exhaustion in a dark field of peat.

The performance starts at 8 p.m. on Thursday and Friday and at 4 p.m. on Saturday and Sunday.

Saturday: “L’elisir d’amore.” Based on an opera by Italian composer Gaetano Donizetti, “L’elisir d’amore” can be translated as “The Elixir of Love.” This staging will feature Korean performers under the direction of Lee Ui-ju.

The opera takes place in a small village in the Basque Country during the 1830s. The opening of this comic opera finds Nemorino, a poor peasant, in love with Adina, a beautiful and wealthy landowner. The peasants urge Adina to read them a story about how a man won the heart of a woman by drinking a magic love potion. Hearing this, Nemorino becomes convinced that a magic potion will make Adina love him, and he finds a traveling salesman to sell him an elixir.

The role of Adina will be played by Park Mi-ja, and Nemorino by Lee Won-jun. Primo Opera Choir and Prime Philharmonic Orchestra is also participating in this comical opera.

April 2 to 4: “Leaving.” Former Czech president and playwright Vaclav Havel’s first new play in nearly two decades, “Leaving” attracted huge international attention and won a standing ovation in May 2008 in Prague. Now it comes to Korea in a new production.

Havel’s Leaving, inspired by Shakespeare’s “King Lear” and Chekhov’s “The Cherry Orchard,” tells the story of a former chancellor whose life collapses after he loses power. Leaving proves that Havel is still capable of producing excellent absurdist dramas, which have become his trademark.

Produced by Archa Theatre from the Czech Republic, the play was directed by David Radok, a well-known opera director.

The performance starts at 8 p.m. on Friday and at 4 p.m. on Weekends.

April 9 to 11: “The Ballet.” Renowned ballerina Sue Jin Kang stars in this performance showcasing her award-winning talents as a dancer.

Kang was born in Seoul, Korea. After initial ballet lessons in Korea, she studied with Marika Besobrasova at the Academie de Danse classique Princesse Grace in Monte Carlo. In 1985 she won the Prix de Lausanne. In September 1986, Kang was accepted into the Stuttgart Ballet’s Corps de Ballet. Marcia Haydee promoted her to soloist in 1994; three years later Reid Anderson promoted her to principal dancer.

Kang ranks among the most distinguished dancers of major female roles in full-length ballets.

Sunday: Taking place once every two months, this festival gives music fans an inside look at Korean indie music today. This installment features The Moonshiners, Omega 3, Julia Hart and The Koxx and many more.

Many of Korea’s indie bands got their start in Hongdae, the neighborhood near Hongik University where this concert also takes place.

March 26 to 28: During the walking festival participants can enjoy the picturesque views of springtime in Jeju along the coast of Seogwipo, as the yellow canola flowers intertwine with the deep-blue sea and bizarre yet fascinating rocks.

The governments of China, Japan, Russia and Korea have come together to host this global festival promoting health through walking. Around 20,000 people are expected to participate in the festival activities including a 20-kilometer (12.4-mile) walking competition and a meeting of the Walking League Congress.

Participation fees are 5,000 won for adults and 3,000 won for children and include festival souvenirs and badges.