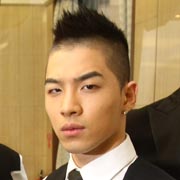 At his concert in Korea on April 1, R&B superstar Brian
McKnight will be joined by Tae Yang, a member of the Korean hip-hop group Big Bang, in a duet.

The concert, titled “McKnight at Night,” will mark the American musician’s third visit to Korea in eight years. Tae Yang will also appear as the opening act.

This is not the first time Tae Yang has played the same stage as a world-famous R&B act. In 2008, Alicia Keys invited him to open for her in Korea.

McKnight will also perform with his two sons, Brian Jr. and Cole Nicholas, at the Korea concert.